Stick A Fork In It

Nobody invited anyone to any L.A. or N.Y. screenings, it seems, or there would be more than five RT reviews. Metacritic only has three (Ehrlich, Mintzer, Debruge). Now I have to pay to see the damn thing at the AMC Century City. The 7pm show. Waste of coin. Maybe catch TAG instead? 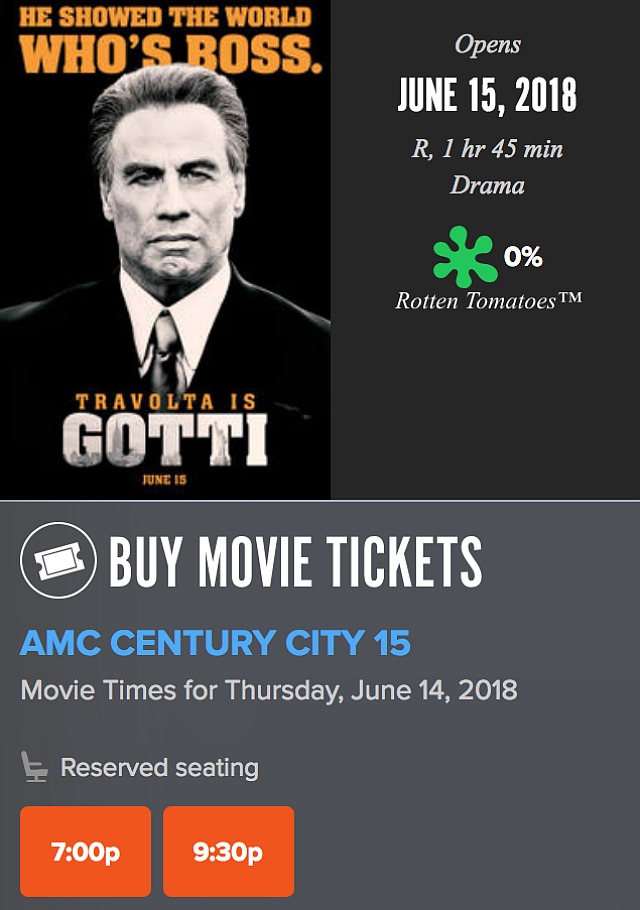