I’ve never had much interest in the fanatical anger that hardcore Star Wars fans have been venting since The Last Jedi popped last December, and especially (I guess) since the tanking of Solo.

And I’ve never felt anything but loathing for the haters who went after poor Kelly Marie Tran (i.e, “Rose Tico”), who handled herself pretty well in The Last Jedi, I thought. She’s a good actress who rose to the occasion.

But I was struck just now by a comment posted this morning (6.11) in a Deadline thread. By a guy named “James 1701.” (I think.) It seems to lay out all the basic beefs. I don’t give a damn about this stuff, but please read and comment — I’m curious what the HE crowd thinks. In fact, try reading some of the other comments first — they offer context. 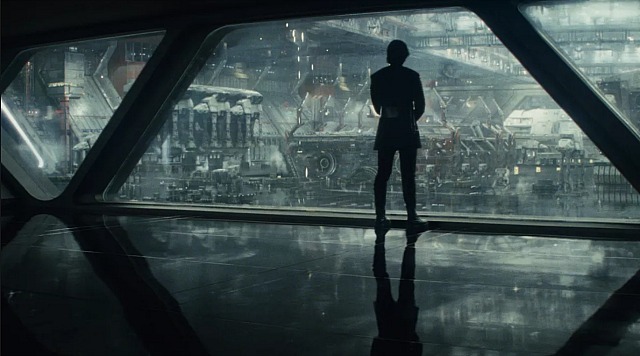 “Not a hate bandwagon. It’s totally legit. Force Awakens was alright but forgettable. Not a great movie and they forgot to include any character development, backstory explanation, or originality. It introduced a Mary Sue for the main character and some ridiculous SJW ideals for everyone [else]. It murdered a beloved character [Han Solo] with no build-up or reason whatsoever, and it completely omitted the most popular character in the entire franchise. The other new characters were just straight-up awful and the main bad guy is an email.”

Kylo Ren is “an email”? I’ve never called anyone or anything that, but it’s kinda funny.

Back to James1701: “Rogue One continued this trend but was added a Darth Vader scene and a tie-in to A New Hope.

“The Last Jedi was horrendous and made The Force Awakens [seem] even worse. More character assassination, less back-story, more SJW bullshit, and it just killed off the most popular character while making him look like a fool.

“And then Solo followed in these footsteps.

“Rian Johnson, Kathleen Kennedy, Jar-Jar Abrams and the rest of Disney have crapped all over fans, insulting then and calling them racist and idiots. They’ve quite literally just killed the just successful movie franchise of all times. They honestly shouldn’t even make Episode 9. They should just start over and redo episode 7 with a totally new creative team and pretend The Force Awakens and The Last Jedi never happened.”