During the first half-hour of Mission: Impossible — Fallout (Paramount, 7.27), there’s a sequence in which Tom Cruise and Henry Cavill do a HALO jump (high altitude low open) over Paris. Before Monday night’s Lincoln Square screening director Chris McQuarrie explained that the sequence was shot for real — Cruise and a dp with a head-mounted camera did over 100 jumps at magic hour. The sequence is awesome in just about every respect.

Hollywood Elsewhere totally salutes this kind of commitment to realism, and especially Cruise’s moxie. The man is a machine. But let’s also be honest — this scene probably could have been faked with wires and green screen and nobody would have known the difference. Nobody trusts visual effects and stunts any more. Over the last quarter-century the trust factor has been totally blown. Everyone assumes they’re being deceived, at least to some extent. Especially in a big-studio adventure thriller.

In 2005, Werner Herzog said the following about conveying physical reality on-screen: “I tried to explain that I wanted to have the audience know that at the most fundamental level it was real. Today when you see mainstream movies, in many moments, even when it’s not really necessary, there are special effects. It’s a young audience, and at six and seven kids can identify them…they know it was a digital effect, and normally they even know how they were done. But I had the feeling I wanted to put the audience back in the position where they could trust their eyes.”

This is what McQuarrie and Cruise tried to do in the HALO scene — get us to trust the fact that the physical performing is 100% genuine, right there in the moment, three or four miles high. HE fully respects and salutes this effort, even if it doesn’t quite feel all-the-way honest.

Example: Cruise and Cavill’s plan is to parachute right onto the roof of the Grand Palais des Champs-Élysees. No high-pressure undertaking ever goes precisely according to plan, and yet they do exactly this. A more realistic scenario would have one of them missing the Palais and splashing into the Seine, or maybe landing in a nearby city park (Square Jean Perrin) and alarming a couple of pedestrians. 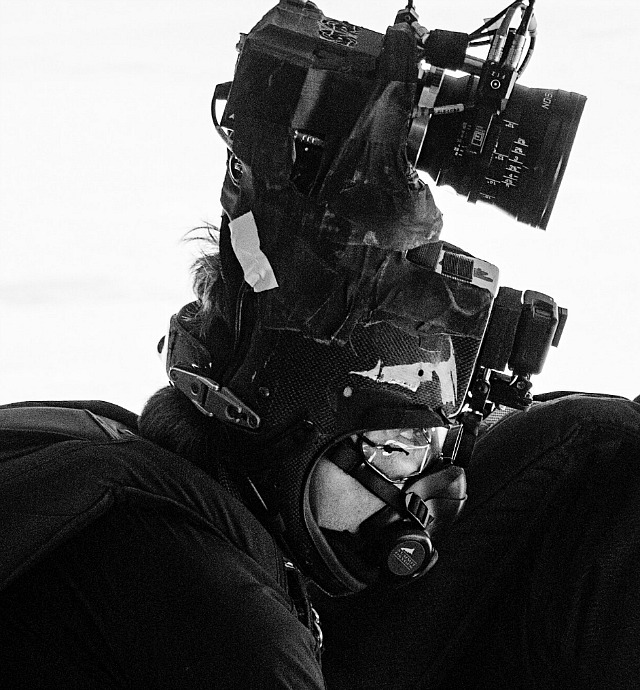