John Sturges The Great Escape (’63) was shot on sound stages near Munich, and to some extent in a Bavarian town named Fussen. The real-deal Stalag Luft III, the P.O.W. camp from which P.O.W.s actually escaped in March 1944, was located 100 miles southeast of Berlin, in what is now the Polish town of Żagan.

In the comment thread that followed yesterday’s Great Escape post (“Independence Day Doldrums”), a discussion arose about the logistics of the escape, which led me to riff about the whys and wherefores of the escape itself.

The Great Escape P.O.W. camp was built in what looks like a 15-acre area not far from the Munich sound stages. It consisted of 16 P.O.W. barracks, which could theoretically hold 50 guys each or 800 total. The actual Stalag Luft III was spread over 60 acres and housed 11,000 POWs.

I noted yesterday that Sturges’ P.O.W. camp had the atmosphere of a leisurely, not-hugely-unpleasant work camp, and that the German guards were like testy high-school teachers (who’s been throwing spitballs?) and that the inmates conveyed military decorum while being casually impudent, or the attitude that TV audiences would later associate with Hogan’s Heroes.

The actual Stalag Luft III was not a hell hole. A bit grim but certainly tolerable. The men were adequately fed and housed. Bunks, blankets, pillows. Holiday dinners were served. The atmosphere was almost collegial, to go by the Wiki page. POWs organized theatrical shows and published two weekly newsletters. Mail and parcels from loved ones arrived. All kinds of recreational fitness options (including weights, fencing and table tennis) were available. The camp even had a small swimming pool.

As noted, the escape happened in the late stages of WWII (i.e., March 1944). Any sage assessment of how the war was going told you the Germans were doomed. The coming Eisenhower invasion, the disastrous Russian front, constant Allied bombing. Albert Speer wrote that events turned against the Germans in ’42, and that he knew they were sunk soon after. A 9.8.09 Guardian article by Richard J. Evans (“Why Hitler’s Grand Plan Collapsed”) asserts that “ordinary Germans knew by the end of 1943 that the war was lost.”

I understand “stir crazy” and the urge to break out regardless (or feeling duty-bound to attempt a mass organized escape), but all the POWs had to do was tough it out another 13 months and the European war would be over.

I would have enjoyed the company of Steve McQueen, James Garner, James Coburn, Donald Pleasance and Gordon Jackson, but I mainly would have kept a journal, caught up on my classic-novel reading, worked out daily, played a little ping-pong and made the best of it. 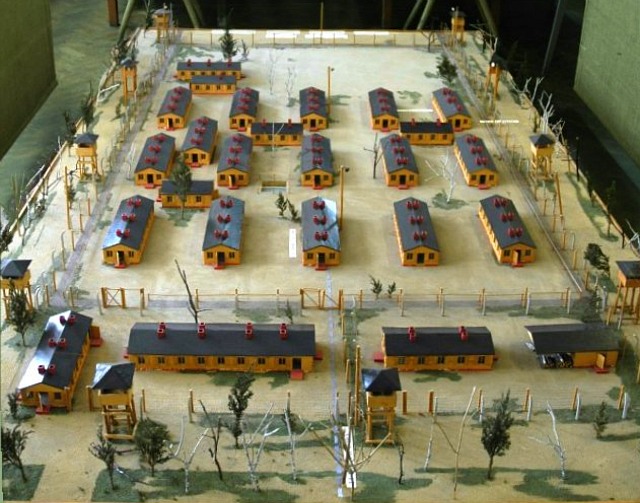 Model of John Sturges’ Great Escape camp — a much, much smaller operation than the actual Stalag Luft III. 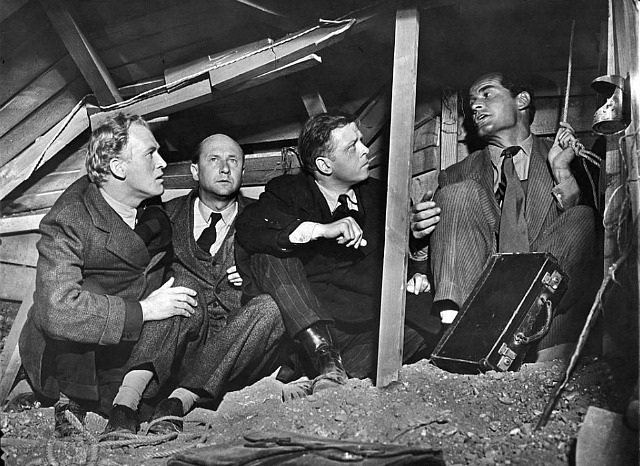 July 5, 2018by Jeffrey Wells15 Comments
« Previous post
Sad Loss of a Good Guy
Next post »
Thomson Back To Billson