“Major Kong? I know you’re gonna think this is crazy, but I’ve just heard about a two-story, three-bedroom, two-bathroom condo in Telluride that sleeps four or five. It’s one of the units in the Viking Lodge, and it’s going for only $225 nightly during the Telluride Film Festival (8.30 thru 9.3). If three people share it’s only $75 a night or $300 for the whole four days.”

I didn’t hate The Meg, but I didn’t believe a second of it. But then you’re not supposed to.

Everyone knew that Steven Spielberg‘s Jaws was just a scary summer movie, but audiences were nonetheless persuaded that what they were seeing could be half-real. Spielberg did everything he could to make it suspenseful and flavor it up, throwing in clever tricks and diversions and making at least some of it stick to the ribs.

Meg director Jon Turtletaub has no such inclination. His weightless, stone-skimming film is part put-on, partly a Jaws competition piece and partly a $150 million theme-park jizzathon. It’s assembled like an early ’50s MGM musical, the shark encounters being the musical numbers, of course, and the dialogue scenes providing the usual connective filler.

I didn’t seethe and twitch as I sometimes do during bad movies. I sat there and guffawed from time to time, which I guess is a good sign.

Every single guy with even a slight weight problem in this film becomes Meg food, or so I recall. Does Page Kennedy get eaten? I think so but I’m not 100% sure. I was zoning out during the last third — i.e., awake but glazed over.

Three Hollywood Elsewhere rules for shark movies: (1) Feel free to kill off fat guys and all fathers and secondary characters, but (2) no feeding women to the shark or you’ll have the MeToo! movement on your ass, and (3) never kill off an entertaining character who has a sharp-tongued, irreverent attitude thing going on.

You don’t want to hear about the plot or the set-up, which is all hand-me-down, by-the-numbers crap.

Jason Statham is the studly tough guy who has an early traumatic run-in with the Megalodon, a 75-foot-long prehistoric shark, in a kind of Octopus’s Garden in the Phillipine trench. An underwater research facility funded by a mildly overweight billionaire nerd (Rainn Wilson) with fairly atrocious taste in footwear. Oceanographers exploring a hidden ecosystem in the trench, blah blah, but the Meg tries to eat a submersible piloted by Statham’s ex-wife (Jessica McNamee) blah blah. There’s also a fetching marine biologist (Li Bingbing) who quickly develops the hots for Statham. Her oceanographer father (Winston Chao) is bland boredom personfied.

There are maybe five or six “musical numbers” during the first two acts (whew, that was close, almost got eaten!). In act three the Meg decides to chow down on a crowded swimming area a la Jaws….hors d’oeuvres! And then the big finale in which Statham singlehandedly dominates and defeats.

There are lots of homages to other water-logged films. There’s a scene in which a giant squid wraps itself around a submersible a la 20,000 Leagues Under The Sea. There’s a “reviving an apparently drowned pretty woman” scene a la The Abyss. There’s a scene with a little flop-eared white poodle called Pippin getting eaten, just like another dog named Pippin got eaten in Spielberg’s film. There’s a cable-drag scene out of Jaws. At one point Statham mounts and rides the Megalodon like Gregory Peck‘s Captain Ahab in Moby Dick (’56), and there’s even a close-up shot of the Meg’s eye looking right at Statham — an exact copy of Moby Dick doing the same with Peck. 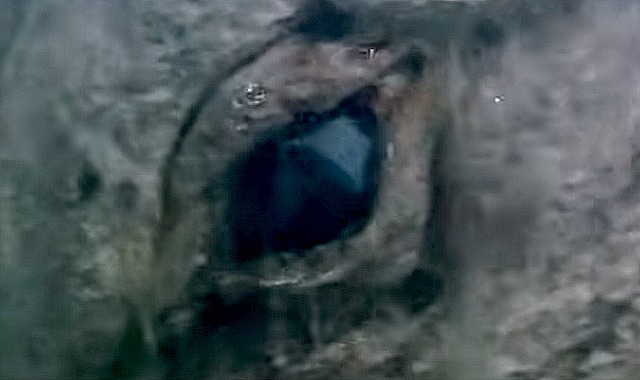 I wasn’t able to catch a Manhattan screening of John Chu‘s Crazy Rich Asians (Warner Bros., 8.15). I can’t honestly say that I’m sorry about that, despite the excellent reviews. I realize it’s a big representation thing (i.e., the first all-Asian film to get a big opening since 1993’s The Joy Luck Club) but I have some issues. I have a problem with any film of any ethnic persuasion that sells itself with an image of an attractive young couple smiling and gently embracing. That image alone says “swoony girly flick.” I have a problem with any film that “takes you back to the greatest hits of Nancy Meyers, Richard Curtis and Nora Ephron” — aaggghhh! I have a problem with any film described as “two hours of romantic fantasy and real-estate porn, poured on so thick it’s almost lickable.” Anything wealth-porny makes me nauseous. And I have a huge problem with the critic who wrote “the only excuse you have not to see Crazy Rich Asians is because you hate love“…blecccch! I will see Crazy Rich Asians at the next opportunity, but I’m just saying.

48 Comments
As Travis Felt His Life Slip Away…

Three years ago I repeated my long-held Taxi Driver perception that Travis Bickle died on the couch after that East Village shoot-out. Everything that happens in the epilogue — the newspaper articles praising him for having murdered a couple of pimps, Iris’s parents writing to thank him for saving their daughter, Cybil Shephard looking at him dreamily after he drops her off at her Grammercy Park apartment — is Travis’s dying fantasy. And then in the last shot he’s driving along and looks into the rearview mirror with a slight look of alarm, apparently sensing that something’s wrong and…zhhhoop! Bickle disappears.

It seems obvious as hell, but no one ever agreed with me. Until a week ago, that is.

From Lindsay Zoladz‘s “God’s Lonely Men: Taxi Driver in the Age of the Incels,” posted on TheRinger on 7.30.18:

“Last week, immediately after watching Martin Scorsese’s 1976 fever dream for the first time in more than a decade, I scrambled for my phone to confirm that I was not the only person who had completely misremembered the ending of the movie: I could have sworn Travis Bickle died.

“The last image I remembered from Taxi Driver was that famous, otherworldly slow-motion shot from above — a ‘priest’s eye view,’ Scorsese has called it — cataloging the carnage of Bickle’s killing spree as the police arrive. What I’d forgotten was the movie’s surreal coda, in which Bickle not only survives but becomes a vigilante hero in the newspapers, receives a letter from 12-year-old Iris’s parents thanking Bickle for saving their daughter from a life of prostitution, and, perhaps least plausibly, gets another chance with his WASP goddess, Betsy, even though she knows he has just murdered three people and the last time she saw him he showed up at her workplace to harass her, threaten her, and tell her she was scum just like everybody else. With all due respect to Paul Schrader, I liked my ending better. It had a certain closure.”

Wells to Zoladz: Schrader and Scorsese’s ending is your own. They’re obviously telling us that we’re watching Bickle’s bullshit fantasy about what happened after the Lower East Side shoot-out.

[Starting around the 2:00 mark] “In some parts of the country it does seem like the America we know and love doesn’t exist anymore,” Laura Ingraham said last night. “Massive demographic changes have been foisted upon the American people. And these are changes that none of us ever voted for and most of us don’t like. Now much of this is related to both illegal, and in some cases legal immigration that of course progressives love.”

Several years ago a director-screenwriter friend said something about dying that struck an uneasy chord. We all imagine ourselves peacefully expiring in bed, slipping off into a cosmic eternity with our pets licking our hand and a family member or two sitting nearby and offering sips of tea. And yet most of us are probably going to die without a great deal of comfort or peace, probably uncomfortably and perhaps traumatically, not at home but in a hospital room at 3 am or on a roadside or maybe someplace worse.

Consider poor Christopher Reeve and Margot Kidder, the young, high-energy, star-crossed lovers in the first two Superman movies. Reeve led a life of great courage and dignity, but Lord knows he didn’t have it easy, And Kidder, it’s been reported, died in Montana last May from her own hand — ” a result of a self-inflicted drug and alcohol overdose.” I’m very sorry. 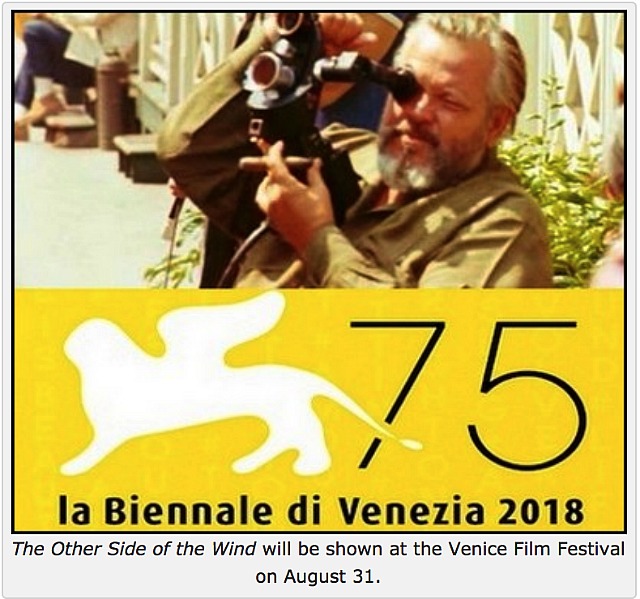