The little kid on the raft being eaten in Steven Spielberg‘s Jaws was a pretty good visual trick, but that was it. Ditto Robert Shaw howling and coughing up blood as the shark bit into his mid-section. I felt badly about Bambi’s mom being shot, but the rabbit getting snatched by a hawk in Watership Down…meh. Okay, Diane Keaton‘s murder in Looking For Mr. Goodbar was rough stuff, but it arrived at the very end of a film that I’d stopped trusting at least an hour earlier. Alderaan blowing up in Star Wars was nothing — a large, slow-motion sparkler on a warm summer’s evening.

Honestly? I felt a little bit traumatized by Ruth Wilson‘s sudden death in The Affair, although I haven’t been watching that Showtime series with any consistency. 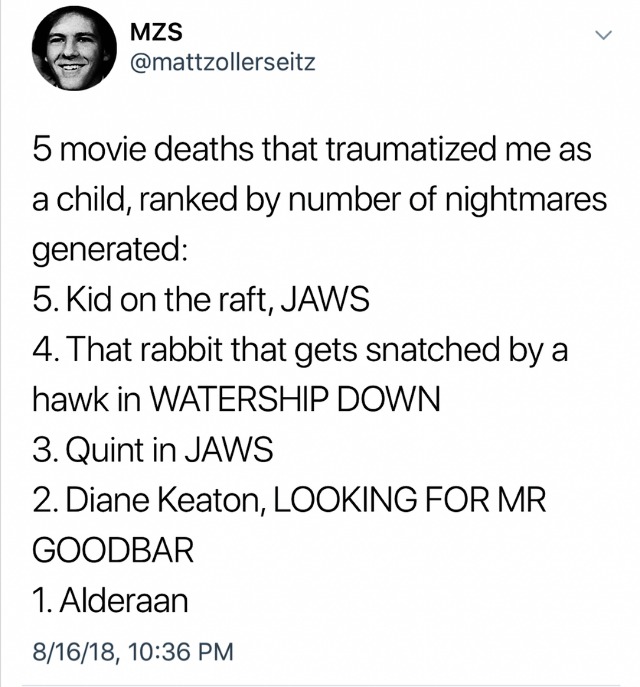