I don’t know much about real-life murderers and serial killers, but I’ll bet very few if any were ever splattered with drops of victim blood, and if they were they washed the evidence right off or changed clothes PDQ. Also that aside from Jeffrey Dahmer and Ed Gein and maybe one or two others, no murderer in the history of murder has ever been smeared with the stuff like strawberry jam.

But almost every movie character who commits a close-up killing in a film these days becomes a son or daughter of Leatherface — i.e., painted with red vino. And they never wash it off. A bullshit affectation. New HE rule: the more bloodspots on an actor’s face or clothing, the worse a violent movie is. I recall Dustin Hoffman being a tad blood-spattered in the last act of Straw Dogs, but Anthony Perkins never got a drop on him in Psycho.

The most famous real-life person to not wash blood off or change clothing after a killing? Jackie Kennedy. 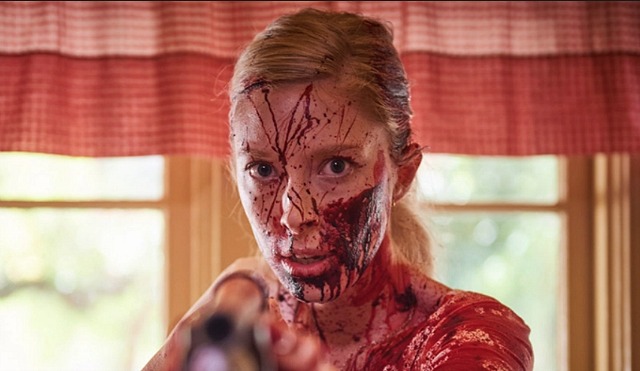