Universal has been developing a movie based on Cowboy Ninja Viking, the Image Comics comic book, since 2012. The original idea was for Marc Forster to direct and Craig Mazin to write the script. Chris Pratt was cast as the lead in November 2014. In January 2015, or three and a half years ago, John Wick directors David Leitch and Chad Stahelski were in early talks to replace Forster. Three years later (i.e., January 2018) Michelle MacLaren replaced Leitch and Stahelski. In June Pratt confirmed that MacLaren and members of the production team were in Berlin testing actors, with filming to commence last month. The plan was to release Cowboy Ninja Viking on 6.28.19. Today it was announced that Universal has taken the project off its schedule and “undated” the movie. Sources have told Variety that the film is “still in active development”, and that “the studio delayed the film rather than rushing it out to make the June 28 deadline.”

Repeating: They don’t want to rush it out after six years of development. 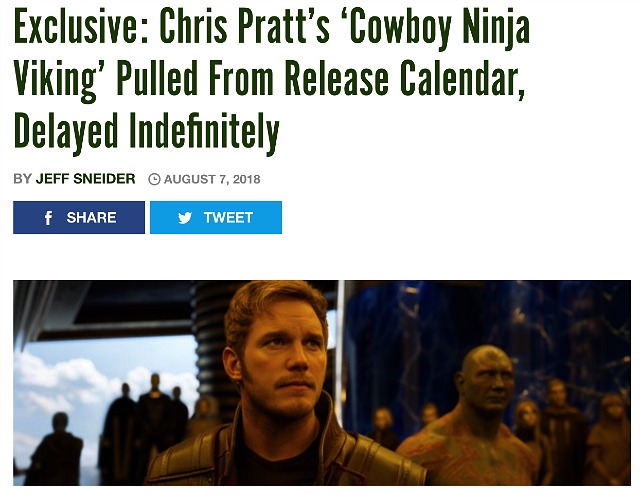