The exalted if somewhat tragic reputation of Orson Welles‘ The Magnificent Ambersons (’42) has been so deeply drilled into film-maven culture that even today, no one will admit the plain truth about it. I’m referring to the fact that Tim Holt‘s George Amberson Minafer character is such an obnoxious and insufferable asshole that he all but poisons the film.

I’ve watched Welles’ Citizen Kane 25 or 30 times, but because of Holt I’ve seen The Magnificent Ambersons exactly once. Even Anthony Quinn‘s Zampano in Federico Fellini‘s La Strada is more tolerable than Minafer, and Zampano is a bellowing beast.

Welles admitted decades later that he knew “there would be an uproar about a picture which, by any ordinary American standards, was much darker than anybody was making pictures…there was just a built-in dread of the downbeat movie, and I knew I’d have that to face.”

He’d calculated that audiences would forget their discomfort when Minafer “gets his comeuppance” at the very end. But even in the truncated 88-minute version of the film that exists today, audiences still have to suffer Minafer’s ghastly arrogance, snippiness and smallness of spirit for roughly 80 minutes, and most people simply can’t tolerate this much abuse.

The Wiki page notes that a rough cut of Ambersons received a mixed response after a previewing on 3.17.42. Welles’ film was previewed a second time after film editor Robert Wise removed several minutes from it, “but the audience’s response did not improve.” Uhm, hello?

Why is the final La Strada scene of Zampano weeping on the beach so emotionally satisfying while the finale of Ambersons leaves you feeling a mixture of “meh” and relief? Other than the fact that Fellini understood human nature better than Welles, I think I’ve explained why.

The same issue clouds the watching of Welles’ Touch of Evil — i.e., Detective Hank Quinlan is too gross, too drooling and altogether too much to take. He all but vomits in the audience’s lap. 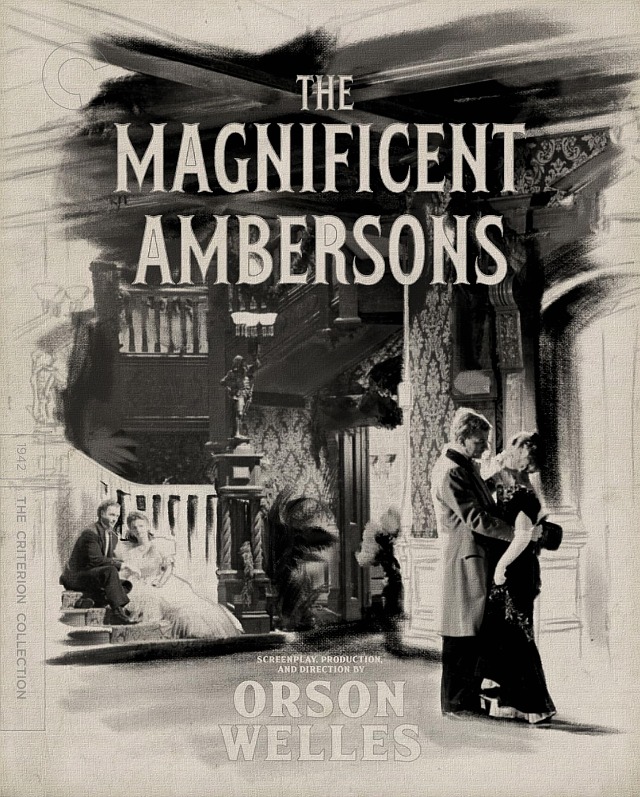