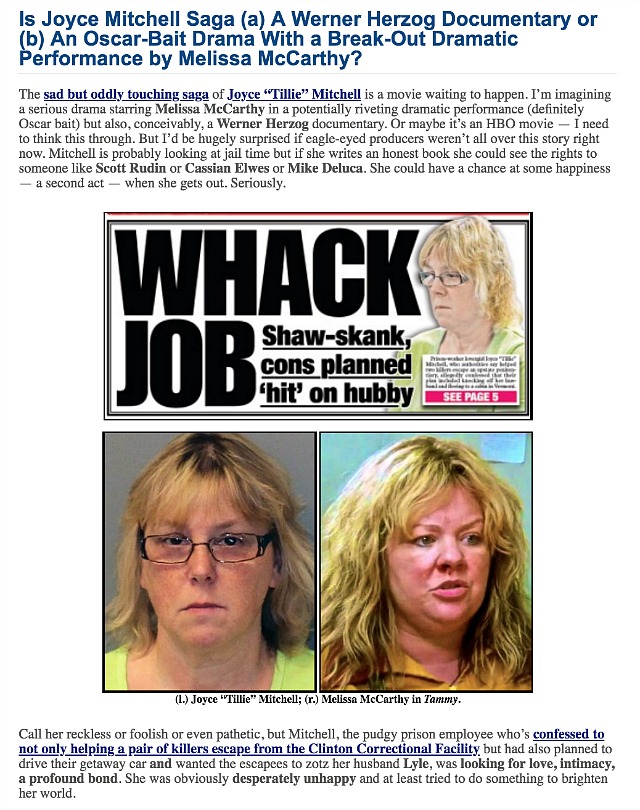 Boilerplate: The 2015 Clinton Correctional Facility escape took place on June 6, 2015, when two inmates, Richard Matt and David Sweat, were discovered missing during a 5:17 a.m. bed check at the maximum security Clinton Correctional Facility. Matt and Sweat were both in for murder. Roughly three weeks later Matt was shot and killed near Malone, New York. Two days later Sweat was shot and taken into custody. The manhunt and investigation was said to cost about $23 million.”

I’m not getting the Elton John tie-in. Then again I never understood what “Take Me To The Pilot” meant.