I noted last year that for a majority of journos with tight travel schedules and a pile of deadlines, the four-day Telluride Film Festival is actually a three-day if not a two-and-a-half-day festival. Which means that out of 30 films typically scheduled, go-getters can maybe catch 14 or 15, tops. And that’s if you’re really aggressive about it. If you’re only moderately aggressive you’ll wind up seeing 10 or 12.

The fest doesn’t begin until mid-Friday afternoon (i.e., post Patron’s Brunch), which affords an opportunity to see two or three films during the remainder of that day. Three or four pics are catchable on Saturday and Sunday for a likely total of 10 or 11 by Sunday midnight, and maybe a couple more on Monday before leaving town. And you have to review everything as you go along.

On top of which Telluride often schedules the highest-interest films against each other so you’re always missing out on Peter in order to see Paul. On top of which are the dinners and parties. 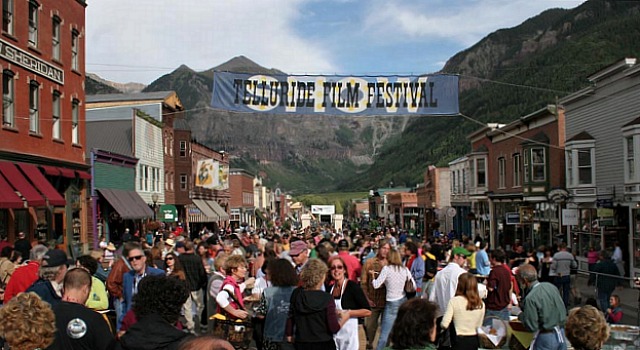 By launching on Thursday night and starting screenings early on Friday morning, four or five fresh opportunities to catch the must-sees would be on every visiting critic’s plate. And for those who might prefer to take a more leisurely, old-time approach, they can still start things off with the picnic and then the first Patrons screening at the Chuck Jones at 2:30 pm, and no harm done.