“Part sincere and part smarmy, part amusing and part windy nonsense, The Ballad of Buster Scruggs plays like an old Western-themed vaudeville show featuring six unrelated sketches of drastically differing quality. In other words, this little Western anthology is minor Coen brothers, worth checking out on Netflix, which backed it, but of very limited potential theatrically.” — from Todd McCarthy‘s Hollywood Reporter review, posted on 8.31. 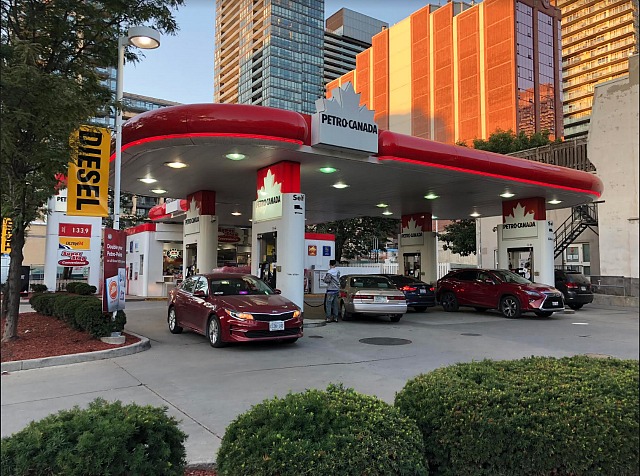 One of the handsomest gas stations in all the world, located at 55 Spadina Ave, Toronto. 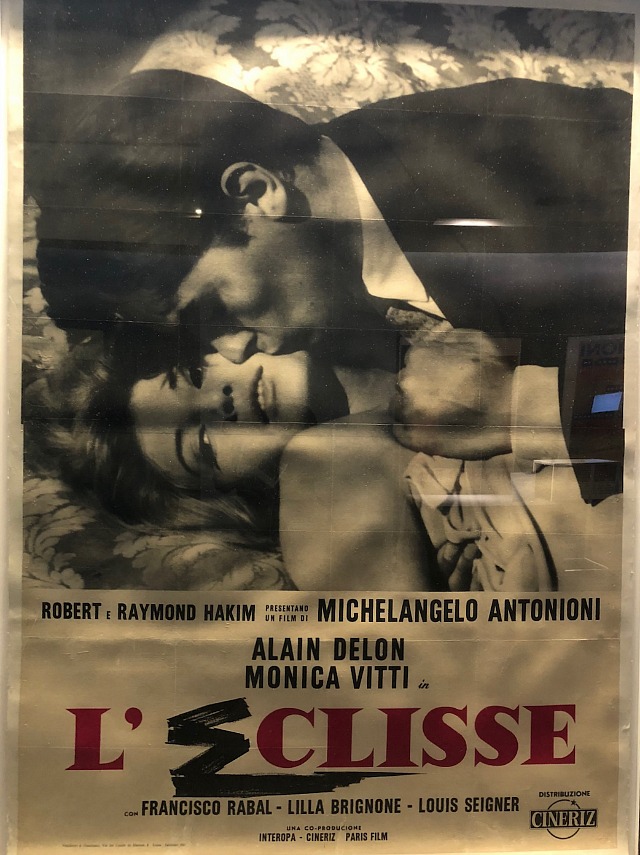 About a half-hour before the Gloria Bell screening, I slipped into a theatre across the Scotiabank lobby where Jason Reitman‘s The Front Runner was about to play. I’m a huge fan of this film (The Candidate meets Primary Colors meets tabloid journalism) and wanted to re-experience the first 20 or 25 minutes. The lights were on as I strolled inside. For a few seconds I stood in front and assessed the situation.

Almost immediately a TIFF volunteer asked, “Are you okay, sir?” I translated this as “do you need help finding a seat?” or something in that realm, but I was also amused by her professed concern for my health or well being. So I turned to the volunteer, a woman of about 20, and said what I now realize was a bad thing.

That was a grevious error for which I am truly, deeply sorry. For the volunteer became alarmed. So alarmed, in fact, that she reported the incident to her supervisor. 30 to 45 seconds later the supervisor, another young woman, approached my front-row seat. She didn’t have to say anything as it was obvious what was up. She said that the volunteer was a bit stunned, etc. I explained that “it was a joke…an attempt at humor…maybe not a very funny one and I’m sorry for the joke falling flat, but that was the idea.”

The supervisor repeated that she felt obliged to investigate because the volunteer felt upset, etc. I then realized this had actually become a thing. Me: “Please…it was just a little stab at goofball humor,” etc.

Then the supervisor alarmed me. She reached over and held my press badge in her hand and flipped it over so she could inspect it. In other words, she apparently intended to report this incident to her superiors.

“You’re kidding,” I said. “You’re going to report this? A guy making a joke about having a heart attack? I’m sorry if it wasn’t funny but the idea was to sprinkle a little mirth into the situation. I mean, it never hurts to have a sense of humor…right?”

Update: A24 is apparently planning a spring ’19 release for Sebastien Lelio‘s Gloria Bell, despite glowing notices and lively Best Actress buzz for Julianne Moore‘s performance, That’s what an A24 rep has told a friend, at least — “not this year…I suppose they could always try a qualifying run if the need arises but it is presently undated and intended for 2019.”

Posted last night (Thursday, 9.13): I saw Sebastian Lelio‘s Gloria Bell (A24) earlier today, and this nearly shot-for-shot remake of the 2013 original is once again a very good film — emotionally relatable and affecting, wonderfully acted, a bit sad. And I’m sorry but there’s no way Julianne Moore, who knocks the lead role out of the park, can be elbowed out of Best Actress contention. Like it or not she’s in the running alongside Lady Gaga, Melissa McCarthy, Glenn Close, Viola Davis and Ben Is Back‘s Julia Roberts.

Is it okay if I say that the Americanized Gloria Bell seems a tiny bit better — riper, funnier, more relatable — than Lelio’s Chilean-produced original? It’s not a stretch to call it a shot-for-shot remake of the 2013 original, and yet I found the actors in the new version more engaging. Does that make me a North American chauvinist? Probably, but is it a crime to prefer Moore’s vibe, appearance and chops to those of Chilean actress Paulina García? Maybe I prefer Moore because she’s been around for decades and I feel more at home with her, and because she strikes me as prettier and so on.

I definitely feel that John Turturro‘s performance as Arnold, Moore’s immature, daughter-obsessed boyfriend, is preferable to Sergio Hernandez‘s version, and I don’t care what that sounds like or who disagrees. 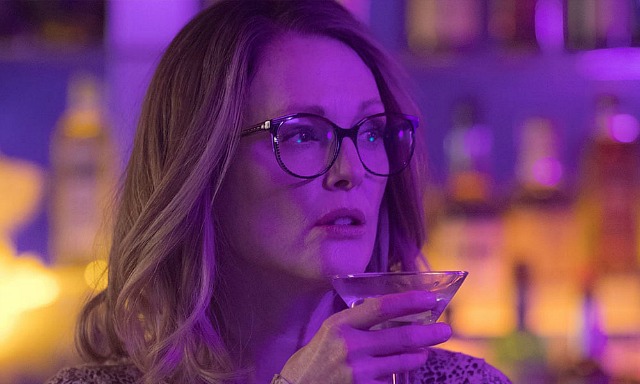 I’ve had Pawel Pawlikowski‘s Cold War on my best-of-2018 list since catching it in Cannes four months ago. But I don’t have it on my Gold Derby list of likely Best Picture contenders because it’s a foreign-language feature.

HE: “It’s different with Roma. Alfonso Cuaron is in with the cops, as Frank Sinatra would say…he’s family, community, one of the Three Amigos…he made a ground-breaking arthouse political action thriller, arguably the best Harry Potter movie ever and a super-successful, Oscar-nominated Sandra Bullock space movie….he’s X-factor, one of us, a man for all seasons.

“Pawel Pawlikowski is an Art God and easily in the same artistic league as Cuaron, but he isn’t ‘family’ — he’s a Olympian, world-class Polish filmmaker who hasn’t made bales and bales of money for the U.S. film industry, and hasn’t made a super-successful, FX-laden space flick that won him a Best Director Oscar. Cold War deserves to win the Best Foreign Language Oscar next February, no question, but Alfonso is another deal.”

Sky News’ Hannah Thomas-Peter has posted a video that shows Harvey Weinstein doing the old creep-grope during a 2011 business meeting with Melissa Thompson, the head of a new “video and analytics” start-up. Thompson recorded the meeting. She’s told Thomas-Peter that a few hours later Weinstein raped her at a nearby hotel.

Thomas-Peter transcript: “During one interaction they are talking about the video platform and Thompson says to Weinstein: ‘Data’s so hot right?’ The footage shows Thompson leaning towards Weinstein and touching his shoulder. Weinstein replies: ‘It is hot. You’re hot.’

Weinstein’s lawyer Benjamin Brafman: “Several respected journalists and trustworthy individuals have seen the entire video. What they shared with us is that the video, when viewed in its entirety, in context and not in select excerpts, demonstrates that there is nothing forceful, but casual — if not awkward — flirting from both parties.

“Anything short of that is intended to make Mr Weinstein appear inappropriate, and even exploitative. It was produced by Ms Thompson to bolster her position in a civil lawsuit seeking money.”