The “third woman” whom attorney Michael Avenatti spoke of a couple of days ago is named Julie Swetnick, and she’s filed a sworn affidavit about Kavanaugh’s behavior at a series of parties (approximately ten) in the Washington, D.C. area between 1981 and ’83. She witnessed the usual (for Kavanaugh and buddy-boy Mark Judge) excessive drinking and aggressive, inappropriate sexual behavior towards women, including alleged instances of gang-rape. 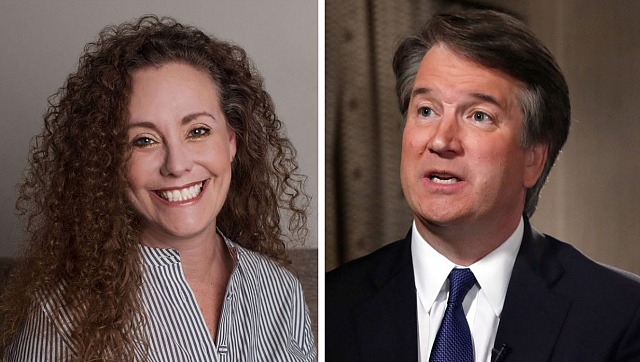 Swetnick claims that she saw Kavanaugh, Judge and others “cause girls to become inebriated and disoriented so they could then be ‘gang raped’ in a side room or a bedroom by a ‘train’ of numerous boys.” Second statement: “I have a firm recollection of seeing boys lined up outside rooms at many of these parties waiting for their ‘turn’ with a girl inside the room. These boys included Mark Judge and Brett Kavanaugh.”

Key Swetnick statement: “I have reviewed Brett Kavanaugh’s recent claim on Fox News regarding his alleged innocence during high school and lack of sexual activity. This is absolutely false and a lie.”

The key thing isn’t that Kavanaugh drank a lot or allegedly acted like a salivating hound — many of us acted that way at one time or another in high school. The key thing is that Kavanaugh is apparently lying by insisting it’s all bullshit. If his response had been “yeah, I drank too much back then and acted like a jerk, and I’m sorry if I hurt anyone’s feelings,” it would be a whole different thing. But Kavanaugh hasn’t been smart enough to adopt that approach. Alan Ladd‘s Philip Raven at the end of This Gun For Hire: “You lie! You lie!” 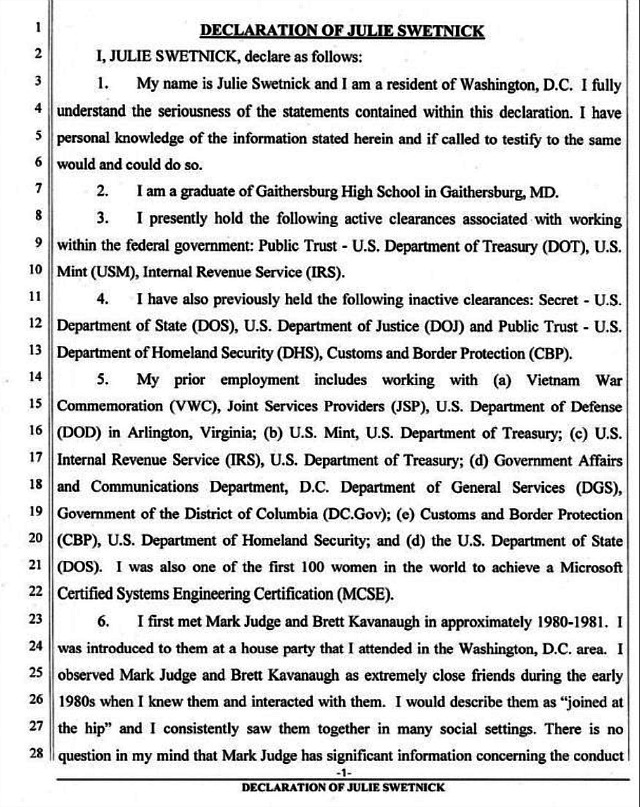 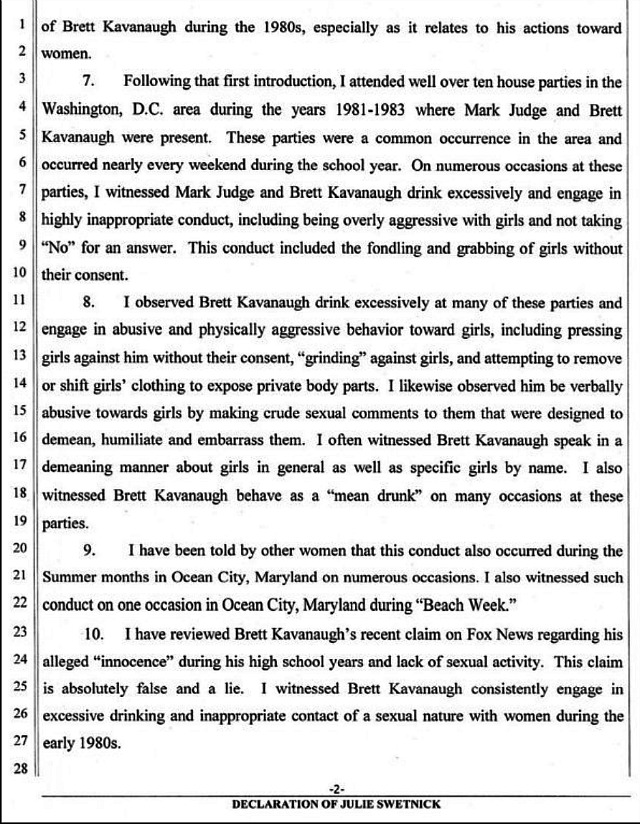