I’ve said three or four times that Irwin Allen‘s The Swarm (’78) is not just the worst disaster flick ever made, but one of the most comically awful films ever made, period. The usual distribution strategy for a stinker is to cut it down as much as possible without destroying coherency. It was therefore odd that Warner Bros. released a 116-minute cut into theatres. But you have to really admire the decision by Warner Archives executives to offer a two-hour, 36-minute version for the new Bluray. A 156-minute exploration of the synergy between killer bees and laughter. You also have to admire how much richer the colors are on the Bluray. 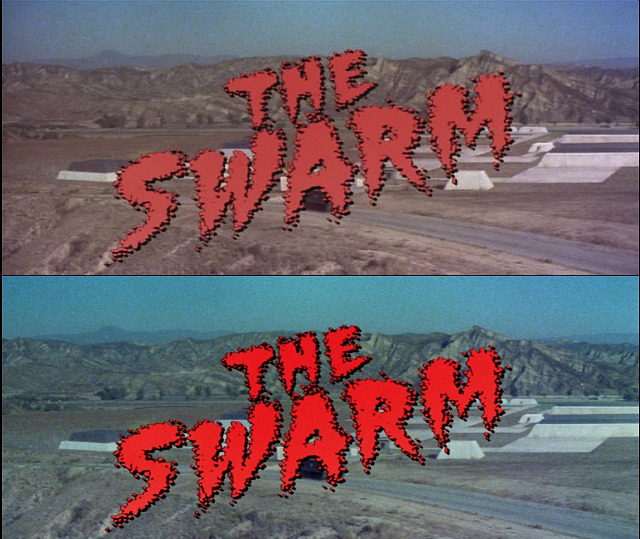 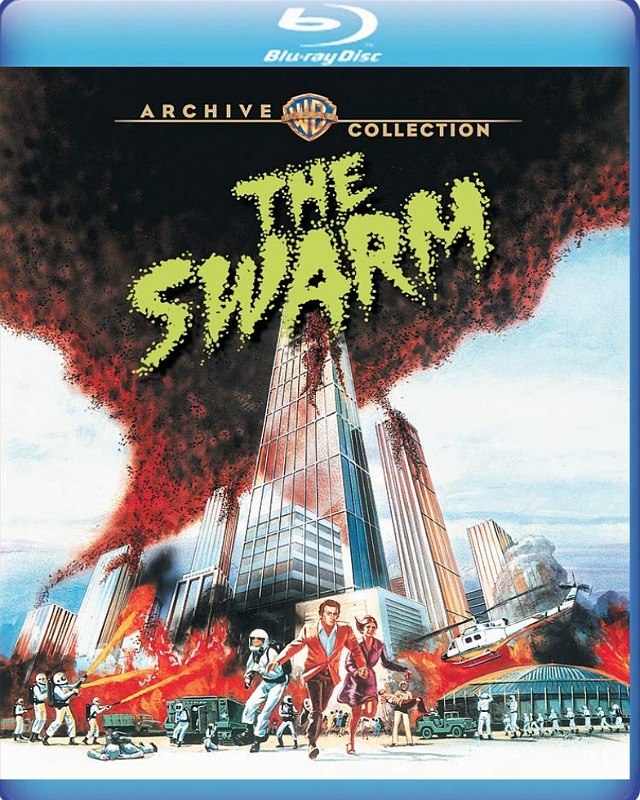 2nd re-posting of “The Crowd Stops Watching and Turns The Showing Into Performance Art”: I’ll never forget my first and only viewing of Irwin Allen‘s The Swarm at the Quad Cinema on 13th Street. It was maybe a week or two after the 7.14.78 opening. By then it had tanked and word has gotten around it was mythically awful, so a few feisty types were seated in the smallish Quad theatre. The heckling started between the one-third and halfway mark, and then it got better and better.

The film was so impossibly square and tedious and ogygen-sucking that you couldn’t help but feel sorry for the mostly middle-aged or long-of-tooth cast — Michael Caine, Katharine Ross, Richard Widmark, Richard Chamberlain, Olivia de Havilland, Ben Johnson, Lee Grant, Jose Ferrer, Patty Duke, Bradford Dillman, Fred MacMurray, Henry Fonda. They were being humiliated, plain and simple. As it ended with a shot of Caine and Ross watching the killer bees burn to death at sea, I remember the guys sitting in the front going ‘aaauuughhhhh!,’ like they been gored by a bull.” — from a 4.6.14 post called “Shoulda Been There.”

September 22, 2018by Jeffrey Wells22 Comments
« Previous post
Bashful HE:plus Finally Steps Out
Next post »
It Takes Character To Walk Out Of A Film