For those who aren’t in Toronto right now: You need to process Twitter reactions to A Star Is Born from a certain cultural perspective. I’ve been told that what I’m about to imply could get me into trouble so I’m going to step lightly here. I think we all understand there are certain persons out there who are totally into musicals, and who are extra-totally in the tank for all things Lady Gaga. Just as I am admittedly in the tank for all things Roma and Alfonso Cuaron as well as First Man, Cold War, Capernaum, First Reformed and possibly Green Book. Just as First Showing‘s Alex Billington is in the tank for almost every geek-fanboy movie that comes along and Collider‘s Jeff Sneider is in the tank for David Gordon Green‘s Halloween sequel. We all have certain aesthetic flavors and emotional persuasions that we enjoy diving into and identifying with and prioritizing.

It’s therefore fair to acknowledge that here in Toronto there was a certain Star Is Born cult ready and waiting to leap into the air and throw confetti before the first press screening. I’m not saying there’s anything remotely unwelcome or uncool about this enthusiasm, but A Star Is Born does seem to have a kind of “in the tank” home team at the ready.

No need to make anything out of this except to repeat, as I’ve said in previous post and contexts, that you’d probably be wiser to listen to those who aren’t in the tank (i.e., persons like myself) than to those who are. Yesterday I called Bradley Cooper‘s tragi-musical a well-made, first-rate, heart-melting cheese casserole that will accumulate a few Oscar nominations, including Best Picture. Within the realm of what A Star Is Born is and despite what Steven Gaydos may tweet, that’s high praise indeed. And you can take that to the bank. 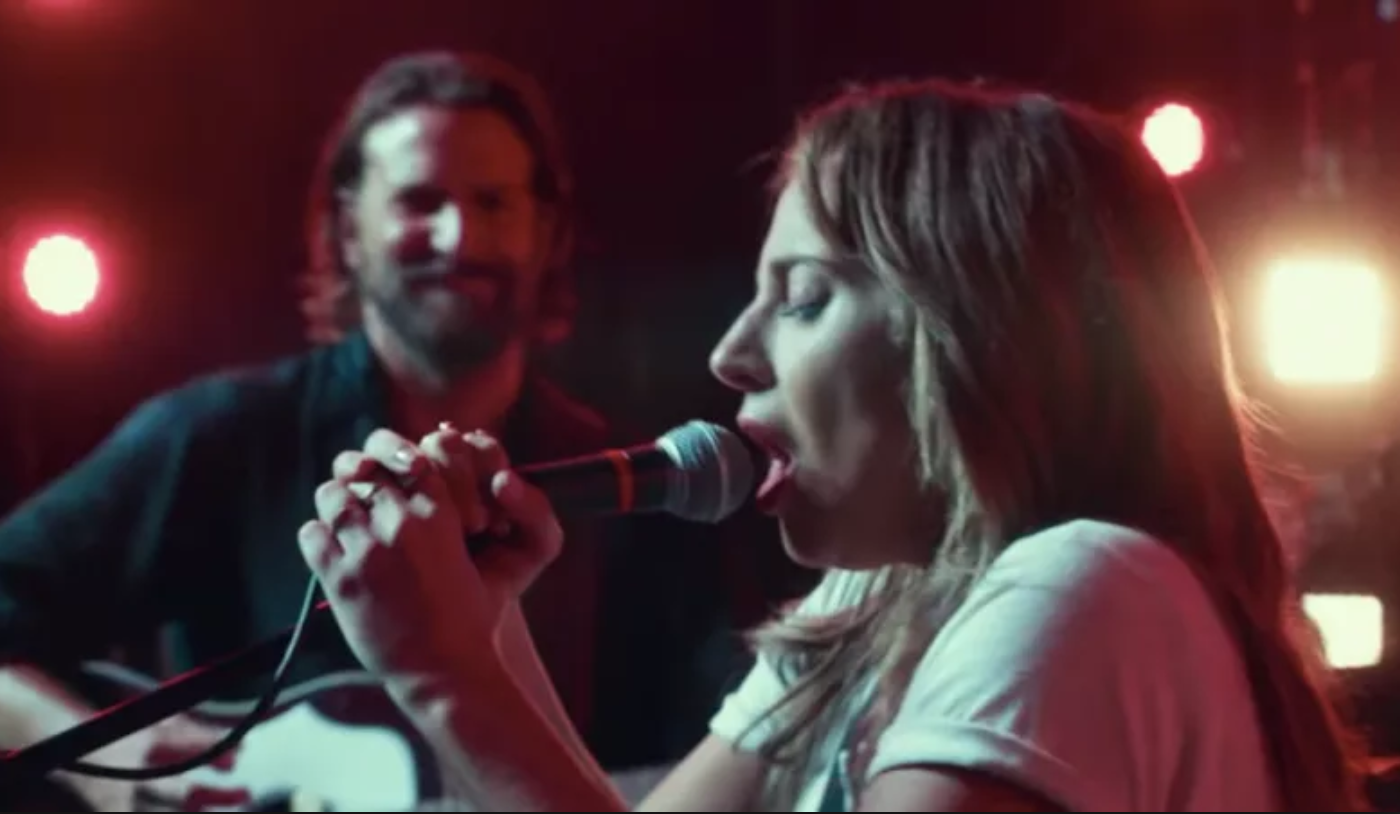