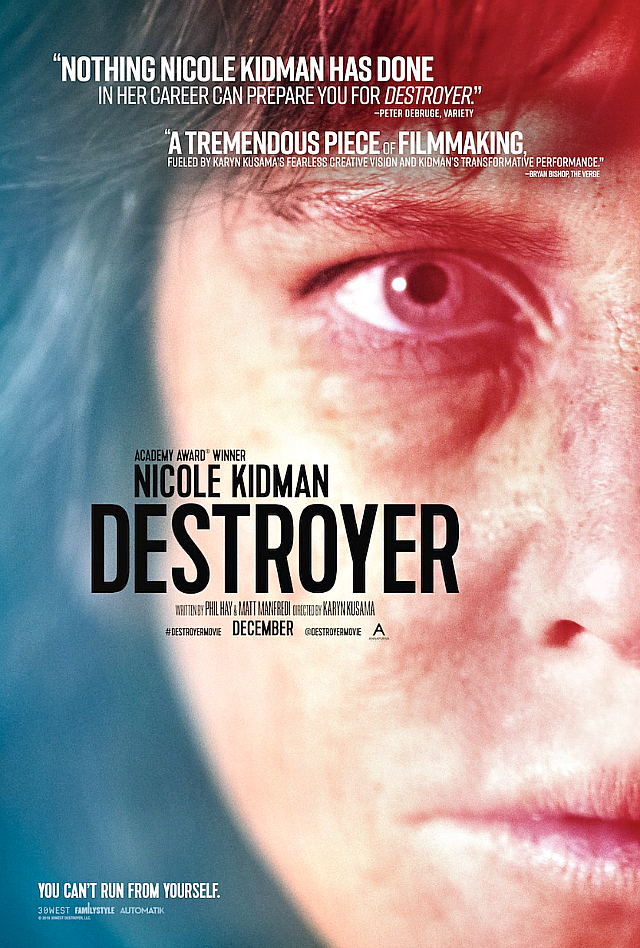 “Kidman and Kusama are basically saying to us, ‘Have you guys ever seen such a badass, hardass undercover female cop in your moviegoing life? Even in a zombie movie?’ HE answer: No, I’ve never seen a cop character who looks this wasted, this dead-to-the-world, this gutted, this excavated, this George Romero, this Bela Lugosi-ish. Hats off.

“Congrats also to costars Sebastian Stan, Tatiana Maslany, Bradley Whitford, Toby Kebbell, Scoot McNairy and Jade Pettyjohn. They all make you feel the way Kusama wants you to feel. They complete the effect.” 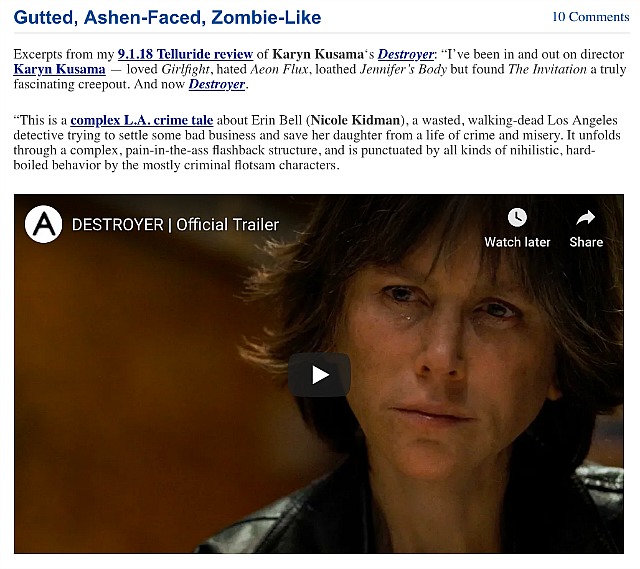