How about a list of bad or dreary movies with brilliant titles? This is a thing, no? Titles that are so zestily inviting and perfectly catchy that you want to see them right away, but then the movie turns out to be an amateurish slog.

And I’m not thinking of, say, Surf Nazis Must Die — a Troma title that told you right off the bat that it was almost certainly cheap garbage. But Ilsa, She-Wolf of the S.S., a title from the mind of director-writer Don Edmonds or screenwriter Jonah Royston, turned a certain lock in the mind, unleashing all kinds of dopey B&D leather-pervo fantasies plus hints of wicked humor.

I was going also going to ask for the reverse — a list of unusually good or even excellent films that were saddled with a curious, interest-killing title. But there aren’t very many of these — Edge of Tomorrow, Quantum of Solace, Under Capricorn, Chartreuse Caboose, etc. 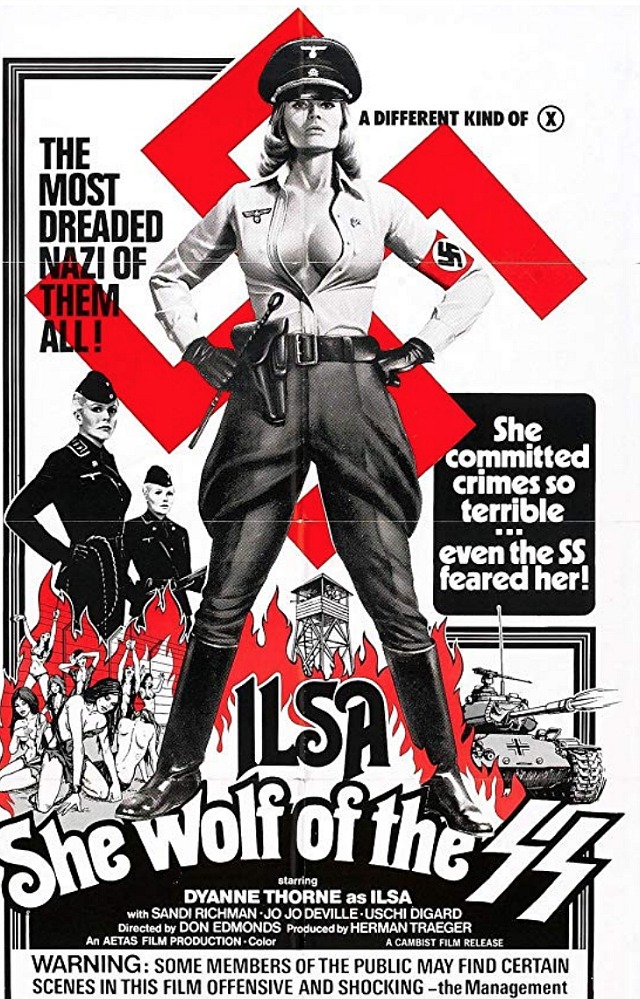 October 26, 2018by Jeffrey Wells37 Comments
« Previous post
Never Before In My Life
Next post »
Paddy Chayefsky’s “Middle of the Night”