IMAX If At All Possible

I’ve said this a couple of times, but now that Damien Chazelle‘s First Man has begun its commercial run, please try and catch it in a real IMAX theatre. The moon landing sequence at the end is 40% to 50% better on an IMAX screen, I swear.

Key HE observation: “Chazelle’s film operates so closely to the personality of the low-key Neil Armstrong that to some it feels chilly and remote-feeling and a little too tech-heady. But this isn’t a problem for me at all.

“One thing I really like about First Man is Chazelle’s refusal to do the Ron Howard thing by cutting to wide or establishing shots for standard perspective’s sake. Instead Chazelle keeps us inside the cockpit seat alongside Neil almost the whole time. And Ryan Gosling‘s subdued, often muted performance is actually daring in its own way — he’s delivering the full emotional boatload but in spare, somber, minimalist fashion.” 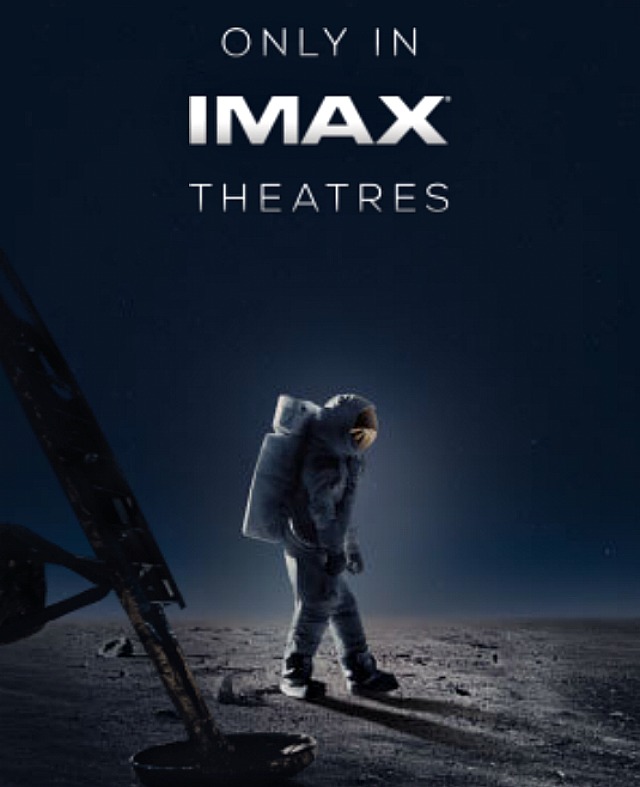 Variety‘s Dave McNary is reporting that First Man “has been forecast to open with $20 million at 3,640 sites this weekend,” and is “heading for a third-place finish behind Tom Hardy’s Venom and Lady Gaga’s A Star Is Born.” Last night it began with a $1.1 million haul in 2850 North American locations,” for a per-screen average of $350.