What was NBC News chairman Andy Lack thinking when he hired Megyn Kelly to host an early-morning talk show and supply occasional news commentary? Did he think this former Fox News star would suddenly morph into a moderate version of Rachel Maddow or something? 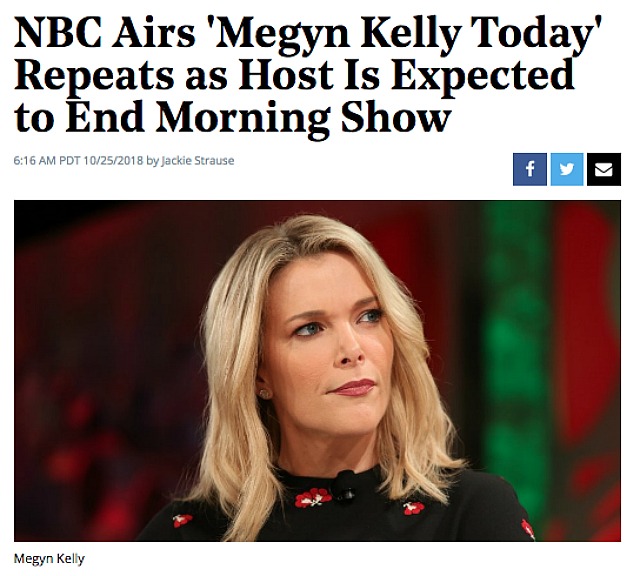 This is a woman who insisted five years ago that Jesus of Nazareth was white. Did Lack think she would just shed such views like a snake?

Kelly was who she was and is who she is — an outspoken conservative white woman (probably with submerged racial attitudes) who never had to kowtow to p.c. culture until she took the NBC gig. And now she’s dead. Off on her own, I mean.

By the way: The last time I ever considered the idea of a white person wearing blackface was when I saw Robert Downey, Jr. in Tropic Thunder, but that was comedy. Gene Wilder in Stir Crazy was also a goof. Before that was Neil Diamond‘s minstrel routine in The Jazz Singer, some 38 years ago.

I’ve never even heard of any kid wearing blackface for Halloween — never, not once. Then again I hail from New Jersey and Connecticut.