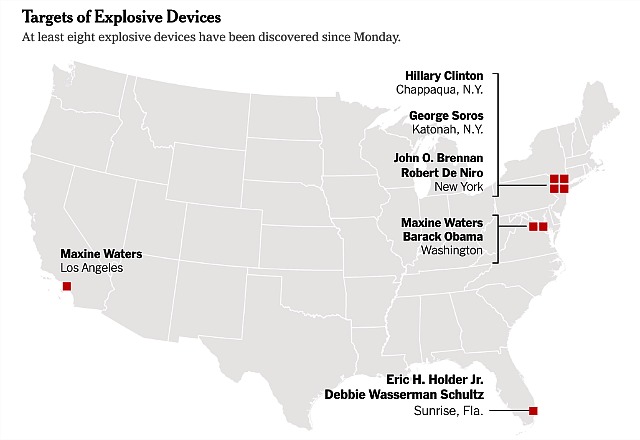 From 10.24 N.Y. Times story, reported by William K. Rashbaum: “A law enforcement official said the devices were made with a 1-inch-by-6-inch length of PVC pipe filled with suspected pyrotechnic powder and broken glass to serve as shrapnel. They had a small button battery with a digital clock as a timer and a hot bridge wire initiator, the official said.

“The devices contained some of the components that would be required to build an operable bomb, but law enforcement officials would not say late on Wednesday whether they were viable.”

October 24, 2018by Jeffrey Wells65 Comments
« Previous post
Highways and Biways
Next post »
Pin The Tail On The Donkey