It’s okay with me if The Favourite‘s Olivia Colman wants to go for Best Actress, even if she’s not playing a lead role. I’ve accepted her strategy because you can’t fight City Hall, but I will not accept the forehead-slapping notion that the film’s two actual leads, Rachel Weisz and Emma Stone, are now Supporting Actress contenders. Stone and Weisz’s characters, Abigail Masham and Sarah Churchill, are the main protagonists and manipulators — characters who are driving the palace plot and carrying the whole equation in their heads. I’ll bend over for Colman but I won’t prognosticate the other two as supporting contenders…no!

So who’s the Best Supporting Actress front-runner? You tell me. I’m still figuring it out.

It’s not If Beale Street Could Talk‘s Regina King, I can tell you that. She’s probably one of the five but that’s mainly because everyone keeps including her as one of the hotties — I honestly didn’t think her performance (i.e., the strong, compassionate mother of Kiki Layne) is more than a line-drive single.

What if I choose the supporting performance and supporting character whom I liked and admired the most? If I did that would be Green Book‘s Linda Cardellini. Second place is First Man‘s Claire Foy, I suppose, but I wonder how many people are saying “wow, great hand-wringing wifey-wife!” Then comes Vice‘s Amy Adams, whose performance as Lynne Cheney I’ve been hearing about since last spring. And then Roma‘s Marina de Tavira — a solid, planted performance that radiates ripe, feminine humanity. 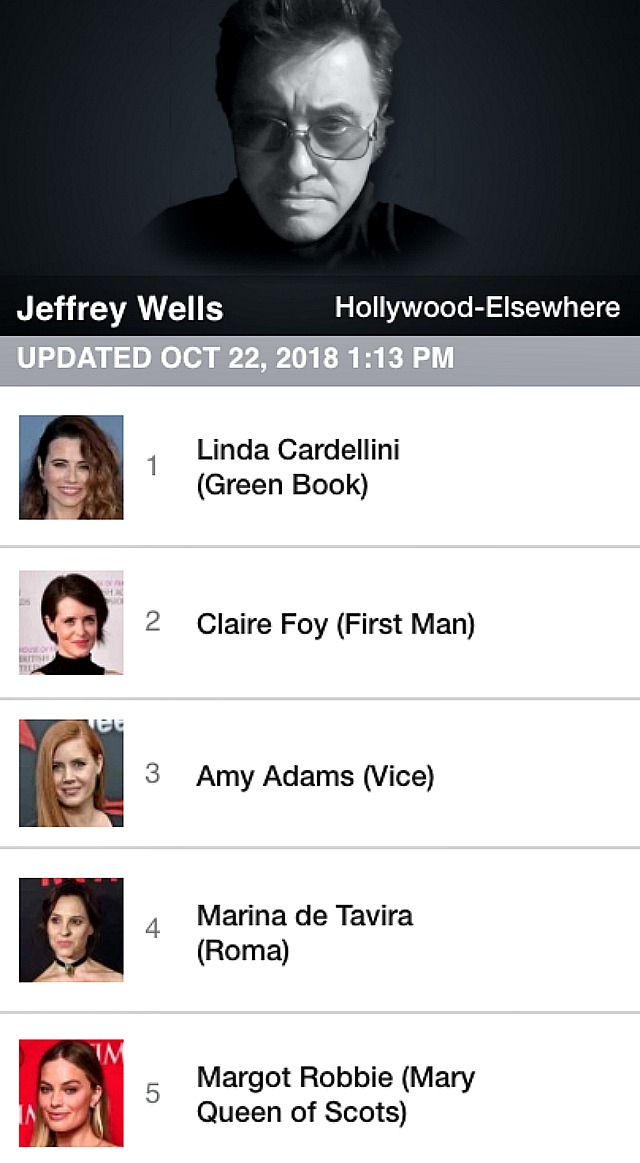