Where Is The Gain?

Consider this DVD Beaver comparison of a shot from Billy Wilder‘s Some Like It Hot. The top image, cropped in 1.66, is from the seven-year-old MGM Bluray (released in May 2011); the bottom image, cropped at 1.85, is from the new Criterion Bluray version.

See the differences? The woman in the top left has her forehead and bangs cropped off by the Criterion guys, and the 1.66 image reveals a part of her right eye that’s missing on the 1.85. On the 1.66 you can see a little bit more of Tony Curtis‘s satin dress below the pendant around his neck. And there’s a bit more image on the right side of the 1.66 version.

Please tell me how it’s better to see less of what Wilder and his dp, Charles Lang, originally captured via the Criterion Bluray. The quality of the two images is identical so how is it better to lose information on the tops and bottoms? Somebody explain. I’m all ears. 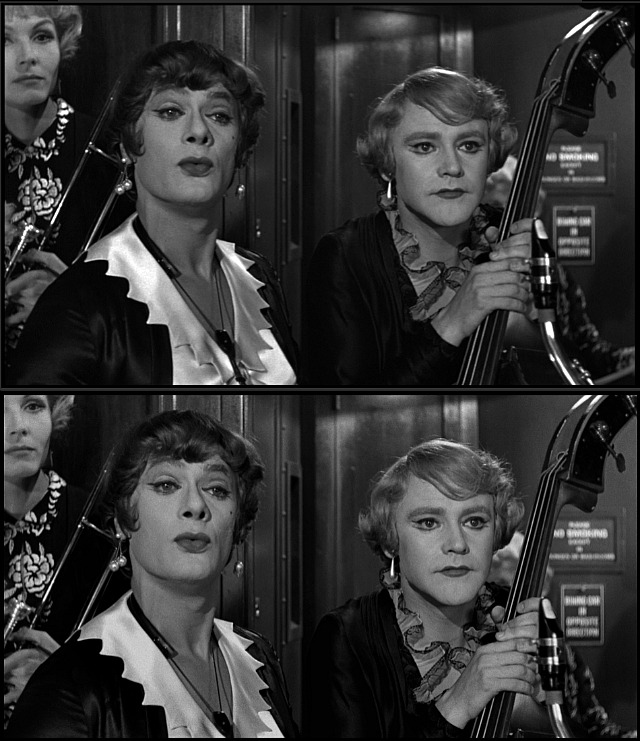