The idea of driving a stake through the heart of a filmmaker is a bit extreme. I do, however, understand a brief impulse (i.e., flirted with but not acted upon) to inflict pain upon a director or producer for having made what you may feel is a bad or hateful or hard-to-sit-through film. I definitely felt this way about James Wan after sitting through Furious 7.

From page 28 of “Conversations with Pauline Kael“:

18 years and 2 months after the debut of Nancy Meyers‘ What Women Want, in which the rakish Mel Gibson discovered an ability to divine what women are thinking, comes Adam Shankman‘s officially sanctioned. gender-reversed remake. In a rough facsimile of the Gibson role, Taraji P. Henson is a struggling businesswoman, coping with corporate sexism and the usual hindrances to advancement, imbued with an ability to hear what men are thinking. Is this a movie for dudes? Just asking. It feels broad.

Over the last few weeks I somehow managed to miss three Manhattan press screenings of Jon S. Baird‘s Stan & Ollie. I have another one late Monday afternoon, and I’m determined to attend this time. This trailer underlines what all the critics have been saying, which is that the performances by Steve Coogan and John C. Reilly are worth the price.

“By the time of the touching conclusion, one has come to like and care about these sweet old guys a good deal. Everything the film has to offer is obvious and on the surface, its pleasures simple and sincere under the attentive guidance of director Jon S. Baird; these good men have their differences but well understand that whatever they might have accomplished individually would never have remotely equaled what they were able to do together. This is clear from the fact that, after Hardy’s death, Laurel never acted again despite many offers, even if he did continue to write.” — from Todd McCarthy’s 10.21 Hollywood Reporter review.

30 Comments
Who Today Is At Least Trying To Write on Chayefsky’s Level?

Diana Rigg: If you love me, I don’t see what other choice you have.
George C. Scott: What do you mean, ‘if I love you’? I raped you in a suicidal rage. Where did you get love and children all of a sudden?
Rigg: I think I should know if a man loves me or not. You must have told me a hundred times last night. You murmured it, shouted it. One time you opened a window and bellowed it out into the street.
Scott: Well, I think those were more expressions of gratitude than love.
Rigg: Gratitude for what?
Scott: Well, my God, for resurrecting feelings of life in me I thought dead!
Rigg: Well, my God, what do you think love is?
Scott: All right, I love you! And you love me. I’m not about to argue with so relentless a romantic. 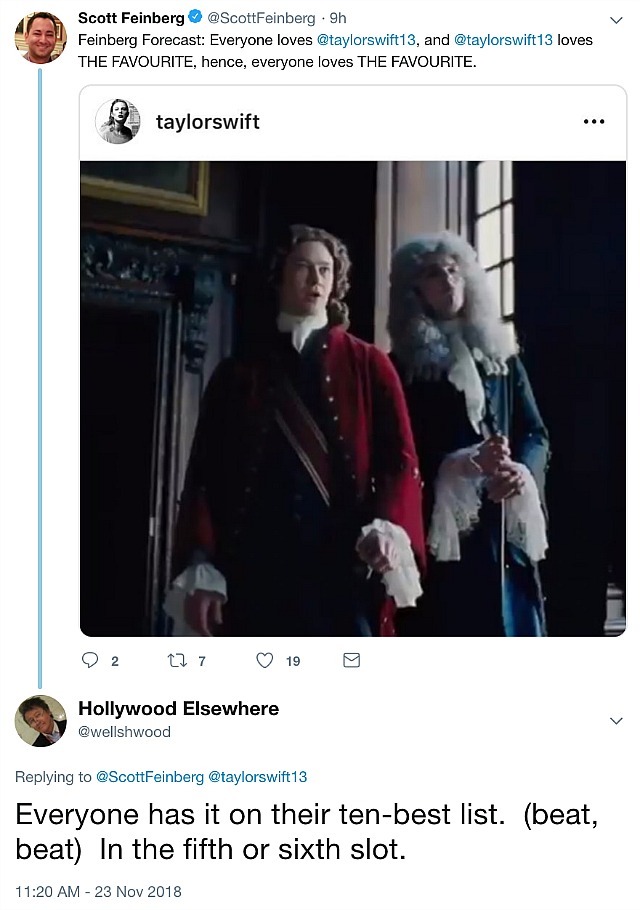 November 23, 2018 10:07 amby Jeffrey Wells
5 Comments
MCN Zombie Digs Itself Out of Grave, Staggers Back To Life 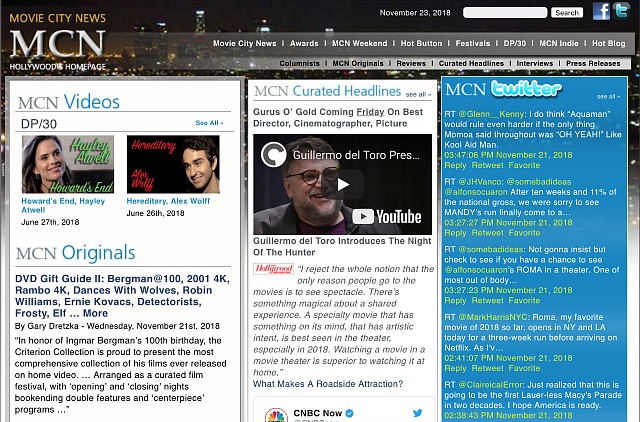