I saw Disney’s 1994 animated-cartoon Lion King (decent enough but calm down), and then I took the kids to see the Lion King Broadway musical sometime in the spring or summer of ’98 (okay but enough already). Now I’m supposed to get excited 20 years later over yet another version of the ’94 original because the CG animation techniques are live-actiony?

The family crowd will pour into the plexes, but the “lion cub destined to be king of the animals gets banished by his evil uncle” story has always been ridiculous. Lions are predators who are out to fill their bellies so why the hell should various African species bow down to a killing beast who would just as soon eat them as look at them? Bambi made some kind of sense — this doesn’t.

Yeah, yeah…I get it. This is a movie about proud African heritage and manifest destiny — a talking-animal version of Black Panther. 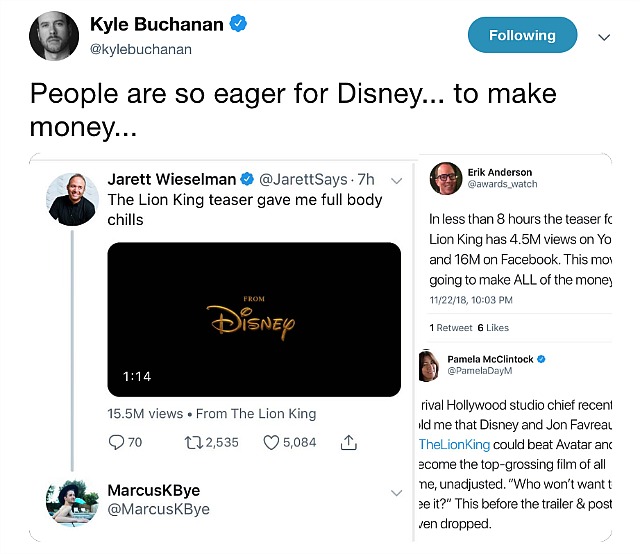 Directed by Jon Favreau, written by Jeff Nathanson, featuring music by Tim Rice and Elton John. Disney will open The Lion King on 7.19.19.