Cheney Was Worse Than Trump

N.Y. Times columnist Maureen Dowd has seen Adam McKay‘s Vice (Annapurna, 12.25). The basic shot: “It uses real-life imagery, witty cinematic asides and cultural touchstones to explore the irreparable damage Vice-President Dick Cheney did to the planet, and how his blunders and plunders led to many of our current crises.

“With an echo of his Batman growl, Christian Bale brilliantly shape-shifts into another American psycho, the lumbering, scheming vice president who easily manipulates the naïve and insecure W., deliciously played by Sam Rockwell. While W. strives to impress his father, Cheney strives to impress his wife, Lynne, commandingly portrayed by Amy Adams.

“Before we had Trump’s swarm of bloodsucking lobbyists gutting government regulations from within, we had Cheney’s. Before Trump brazenly used the White House to boost his brand, we had Cheney wallowing in emoluments: He let his energy industry pals shape energy policy; he pushed to invade Iraq, giving no-bid contracts to his former employer, Halliburton, and helping his Big Oil cronies reap the spoils in Iraq.

For what it’s worth I read a 2016 draft of McKay’s script, which was titled Cheney. I suppose you could call it vaguely “harrowing”, but I mainly got a sense that McKay wanted his audience to smirk and guffaw at Cheney’s maneuverings. It was mainly about dark, deadpan humor. 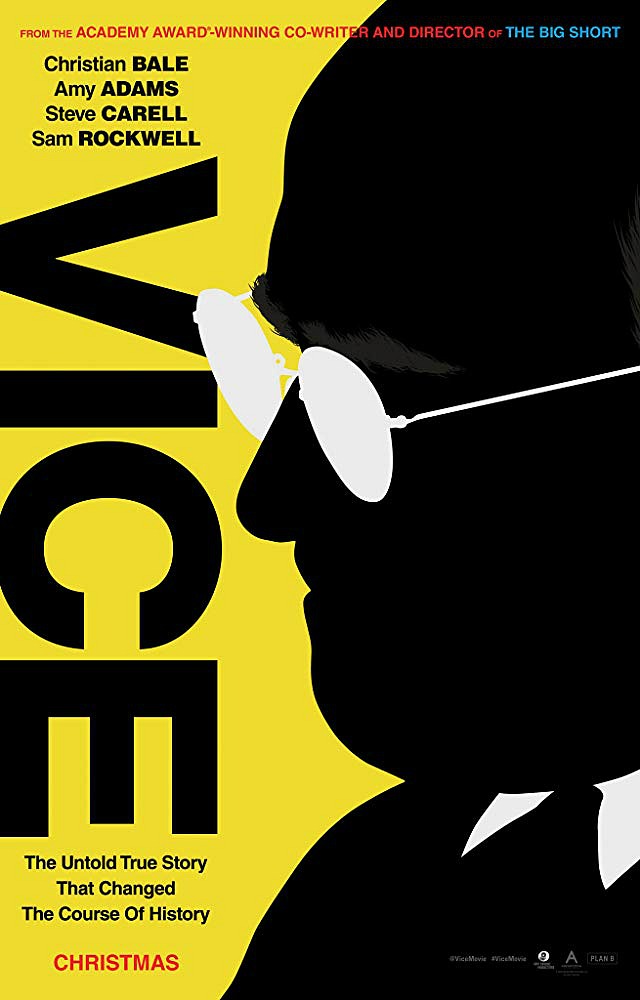