The roster of Hollywood supporters of Jimmy Carter, compiled during the winter-spring of ’80, told you he was in trouble. Kennedy, Anderson and Brown had all the cool people. Willie Nelson, Sylvia Miles, Stephen Stills, Johnny Cash, Mary Tyler Moore, James Dickey, Harold Prince, Shana Alexander…the writing was on the wall. Incidentally: Andy Williams was an insincere, wolf-in-sheep’s-clothing Kennedy supporter, having been a Republican all along. He became a serious rightwing asshole in the aughts. In 2009, Williams was quoted by The Daily Telegraph as accusing President Barack Obama of “following Marxist theory” and “wanting the country to fail”. He was also chummy with Rush Limbaugh and Glenn Beck. Williams passed in 2012. 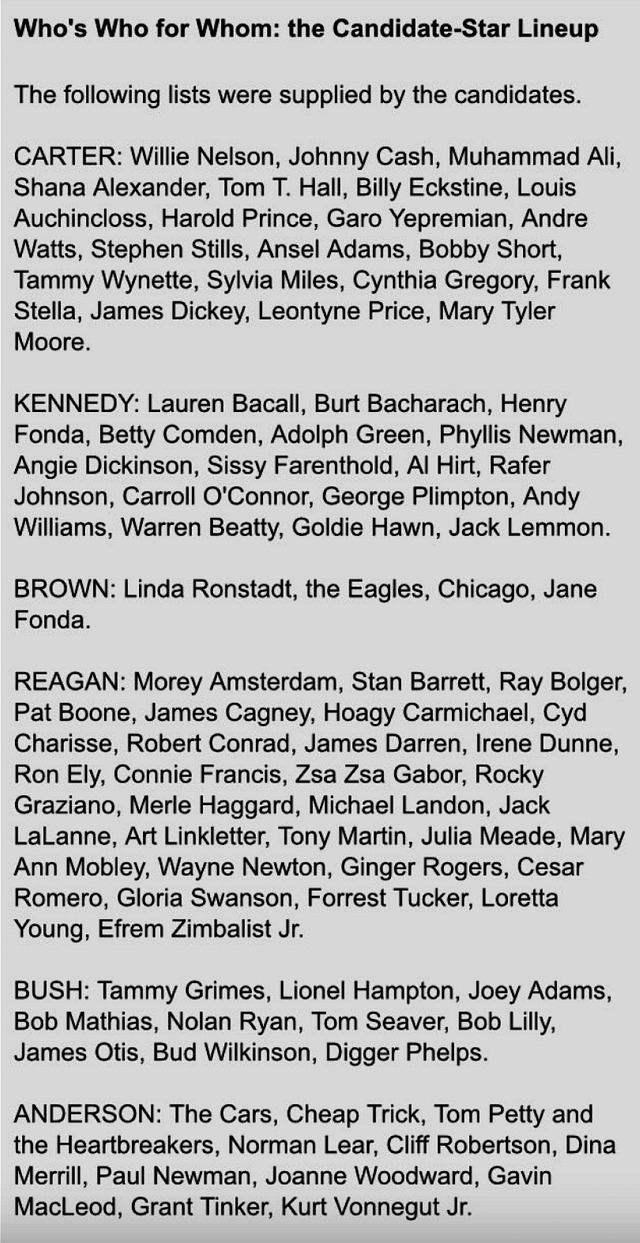