Nobody is more LQTM than myself, but I burst out laughing when I read about an Australian father who’s livid over a local grocery store screwing up a birthday cake for his three-year-old son.

An 11.14 N.Y. Post story by By Lia Eustachewich reports that Shane Hallford “ordered the cake from a Woolworths store in Tamworth, New South Wales, [last] Sunday, three days before his son Mason’s big day. The sheet cake — which cost a whopping $49 — came with a special set of instructions. “I explained to them we wanted a frog theme, as my son loves frogs,” Hallford wrote on Facebook. “They told me it could be done, no worries at all.”

Look at this cake — some doofus actually calculated this would put a smile on some kid’s face. People can be so mediocre, so asinine. If David Lynch were to stage a kid’s birthday party, this is the cake he’d want to use. 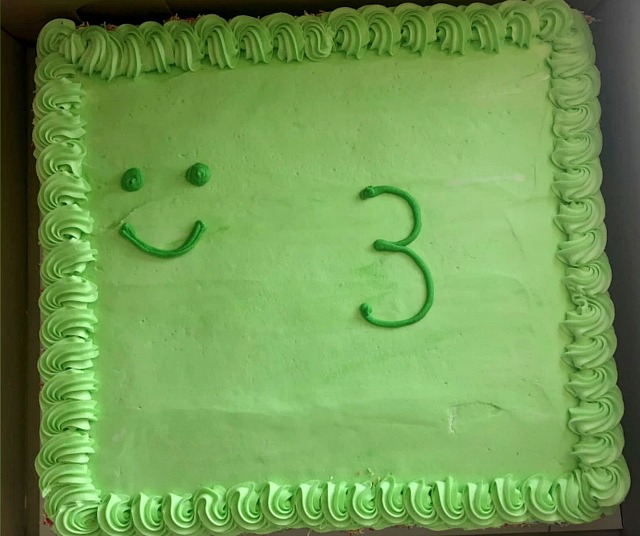