All through the season the Gold Derby no-accounts have refused to include Paul Schrader‘s First Reformed, easily and absolutely one of the year’s ten-best, on their Best Picture spitball lists. Worse, they’ve also declined to list Ethan Hawke‘s landmark performance as a projected Best Actor nominee. Both for the perfectly idiotic reason of isolating any film that opened before Labor Day as a non-starter.

And now their cavalier, herd-following way of thinking has been embraced by the 2018 Spirit Awards nominations with four or five nominations having gone to First Reformed. Which of course seals its Oscar fate.

From here on guild and Academy members will be saying to each other, “Yeah, Schrader’s film is obviously striking and quite the career comeback and Hawke may have delivered his career-best performance, agreed, but First Reformed is a Spirit Awards thing….not in our realm.”

Shame on the Gold Derby-ites for ghetto-izing this great Bressonian film and kicking it downstairs. 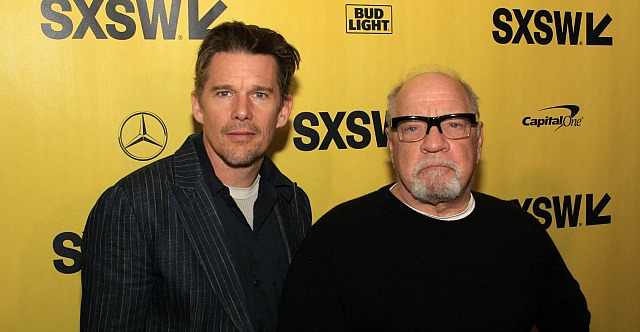