Due respect for George H.W. Bush, whose long journey has ended at age 94. I realize he was far from evil personified and was, in fact, a semi-tolerable Republican president, especially when you compare him to Donald Trump.

But I was against Bush 41 in ’88. In fact, my ex-wife Maggie and I did some wild-posting with Robbie Conal‘s “It Can’t Happen Here” poster; we also rang doorbells for Michael Dukakis. Needless to add I was overjoyed when Bill Clinton beat him in ’92.

But climate-change obstructions aside, George Sr. wasn’t utterly horrible; he had some approvable qualities, laughed at Dana Carvey, etc.

I seem to recall his expressing uncertain reactions when the Berlin Wall fell and the Soviet Union broke apart. He didn’t seem to know what to say — wasn’t all that comfortable with the idea of governments being overthrown. Anyway, rest in peace and condolences to those who were close. 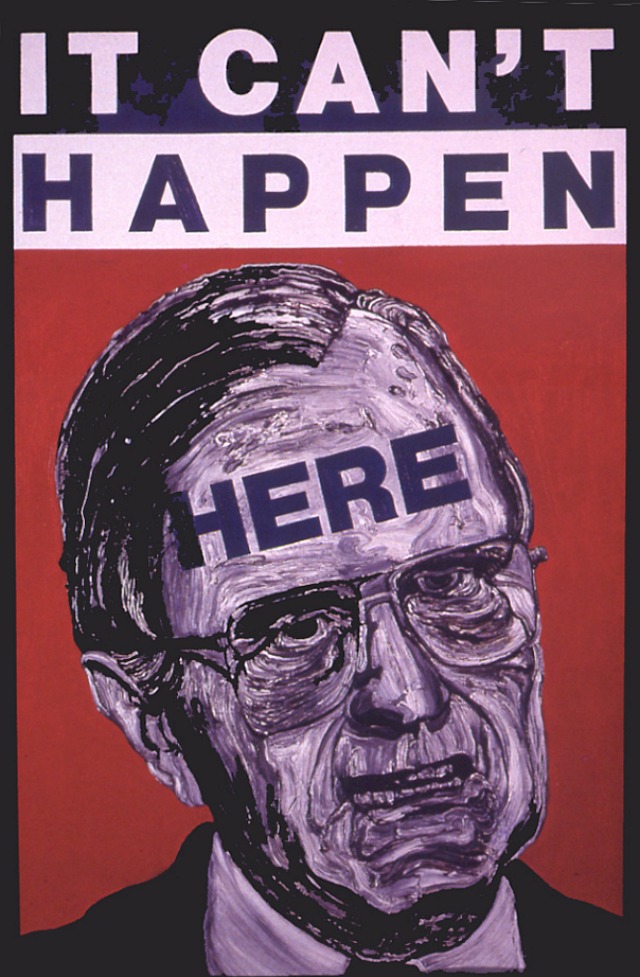 November 30, 2018by Jeffrey Wells45 Comments
« Previous post
Until The Embargo Gently Lifts…
Next post »
Loads In The Driveway