Suddenly the entire civilized world is aware of Baraboo, a modest-sized town in Wisconsin that’s being probed and investigated after a photo was tweeted showing dozens of high school students — guys, of course — offering a “seig heil” salute.

They were probably doing it as a jape — as a way of being intentionally, ironically rude and outrageous. They probably thought they were saying “fuck political correctness” or something in that realm. But seriously, what kind of young squealing pigs would throw a “seig heil” without thinking twice?

The photo was allegedly taken last spring. The students were reportedly told to offer the salute by the photographer. And they did it laughingly, without hesitation? A tweet with the photo claimed “we even got the black kid to throw it up.”

One guy (top row, upper right) refused to join in — cheers and salutations. 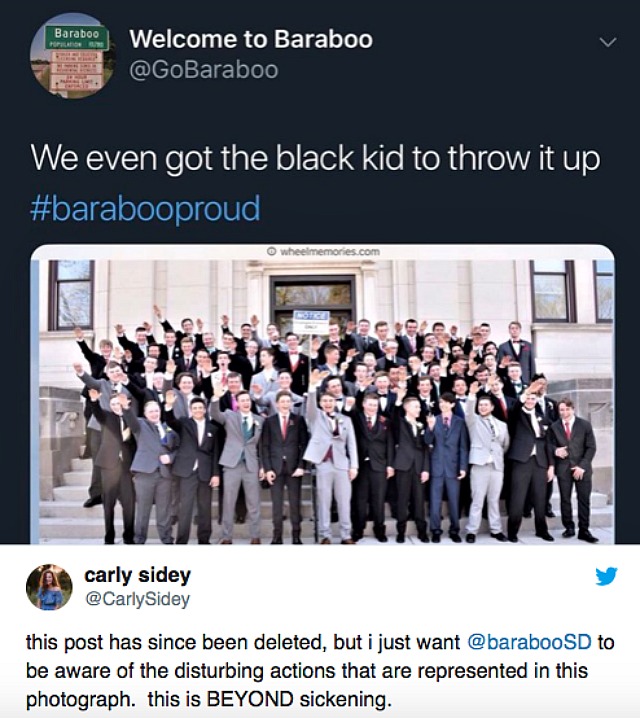