From Max Boot‘s “Did Matthew Whitaker Compromise the Mueller Investigation?,” posted by Washington Post on 11.15:

“Whitaker can do great damage even if he does nothing more than read all of Mueller’s files — as he now will have the right to do — and share that information with the White House. Sure, he would be risking impeachment or even prosecution for obstruction of justice, but Whitaker is not someone who has exactly exemplified devotion to the rule of law: He believes that Marbury v. Madison, the seminal 1803 case establishing legal review of legislation, was wrongly decided, and he has said that only Christians should serve as judges. 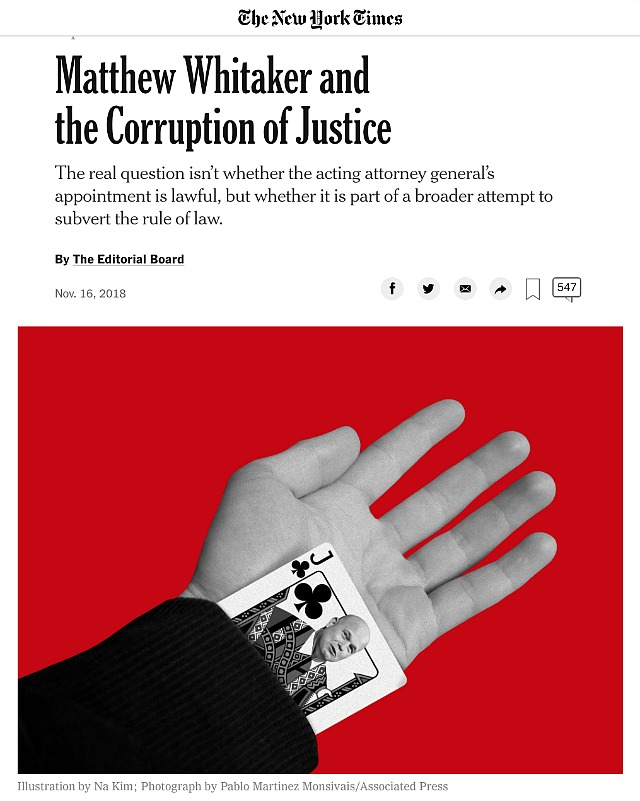 “There is already cause for concern that Whitaker may have tipped off the White House. On Thursday, Trump tweeted, ‘The inner workings of the Mueller investigation are a total mess. They have found no collusion and have gone absolutely nuts. They are screaming and shouting at people, horribly threatening them to come up with the answers they want. They are a disgrace to our Nation.’

“Trump has never used the phrase ‘inner workings’ before. Maybe he was just spouting off. Maybe he was reacting to information shared with him by witnesses Mueller has interrogated. Or maybe he has suddenly gained a vantage point on the ‘inner workings of the Mueller investigation’ that he did not have before Whitaker’s appointment.

“In this hour of peril for our democracy, it is imperative that Congress rush to the ramparts. But Senate Majority Leader Mitch McConnell (R-Ky.) refuses to move legislation that would protect Mueller. Sen. Jeff Flake (R-Ariz.) has belatedly said he would refuse to support judicial confirmations until that legislation is brought to the floor, but his threat will not be effective unless he is joined by at least one other Republican. Sen. Lindsey O. Graham (R-S.C.) actually introduced legislation to protect Mueller, but now he doesn’t see the need for it and even says Whitaker doesn’t need to recuse himself.

“We are seeing a slow-motion Saturday Night Massacre, and the lack of pushback from Congress, so far, gives Trump a green light to continue his assault on the rule of law. Every day that Whitaker remains in office is a day that our democracy is being undermined.” 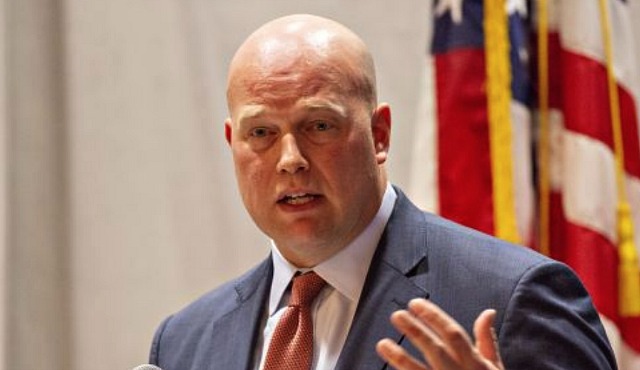 November 17, 2018by Jeffrey Wells13 Comments
« Previous post
Good Guy But…
Next post »
If You Think ADD Viewing Is Bad Now…