Barack Obama‘s list of his favorite 2018 films reflect his sophisticated-cineaste sense of taste (he knows the turf) and eye for quality. It’s a list that Eric Kohn, Alison Willmore, Justin Chang or any scholastically correct, Sight and Sound-approved critic might have assembled.

And yet I’m sensing that Obama chose these films very carefully, which is to say with a partial eye toward what the cool kidz on Twitter (i.e., the SJWs, the woke fascists) might say. Which is to say his list doesn’t seem entirely, real-deal honest. You know why? Because he blew off Green Book.

Obama is way too sophisticated a filmgoer to not recognize how confidently made, exquisitely honed and humanistically touching Green Book is. He knows exactly how good it is, he likes feel-good stuff in general, and he knows all about the antiquated black-white dichotomy of the early ’60s with his white mom and grandparents. And he’s way too smart and perceptive to buy into the SJW bullshit about Green Book being a white-savior or magic-negro film (it’s essentially a parent-child relationship-on-the-road movie). And yet he side-stepped Green Book because he knew that the cool kidz would otherwise frown.

I’m presuming that a list attributed on Twitter to outgoing Speaker of the House Paul Ryan is a parody. But if it was real I would respect it more than Obama’s. Not for the choices but because it’s more straight-from-the-gut — more “take it or leave it but this is who I am.” Obama’s list is partly “this is who I am” and partly “these are the films that I know are the most critically approved and therefore the safest for me to include.” 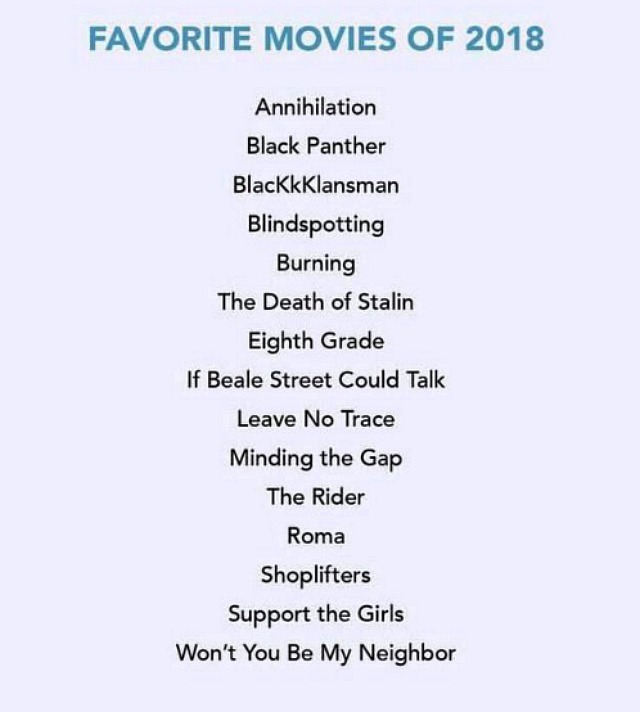 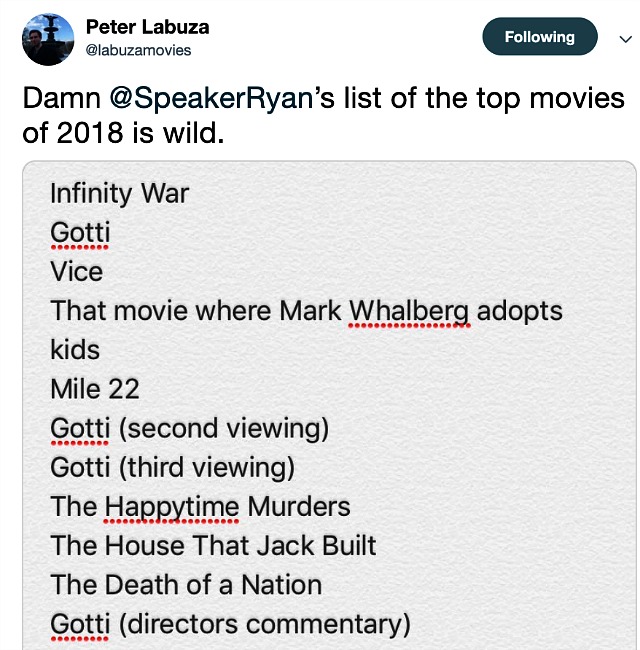