In his review of Vice, Variety‘s Owen Glieberman complains that Adam McKay‘s film never answers the big question, which is “who is Dick Cheney? How did he get to be the singular domineering bureaucrat-scoundrel he is? What is it that makes this scheming man tick?”

Gleiberman hasn’t been paying close attention. There’s one simple answer, not just about Cheney but all conservatives. The answer is ice-cold fear.

Fear of the dark and terrible unknown. Fear of the beast. Cheney needs to keep that bugger away from this doorstep. He woke up one day and felt the hot breath of the grizzly bear and saw that huge, terrible claw about to come down and rip half of his face off, and Cheney screamed and said “no! I won’t be destroyed! I will instead become the bear and I will snarl and smite others, and they will bow down and show obeisance before my power, and that will make me safer. Me and my fellow grizzlies. It’s a kill-or-be-killed world out there, and you simply have to decide which kind of animal you are.”

HE to Gleiberman: Now you know. 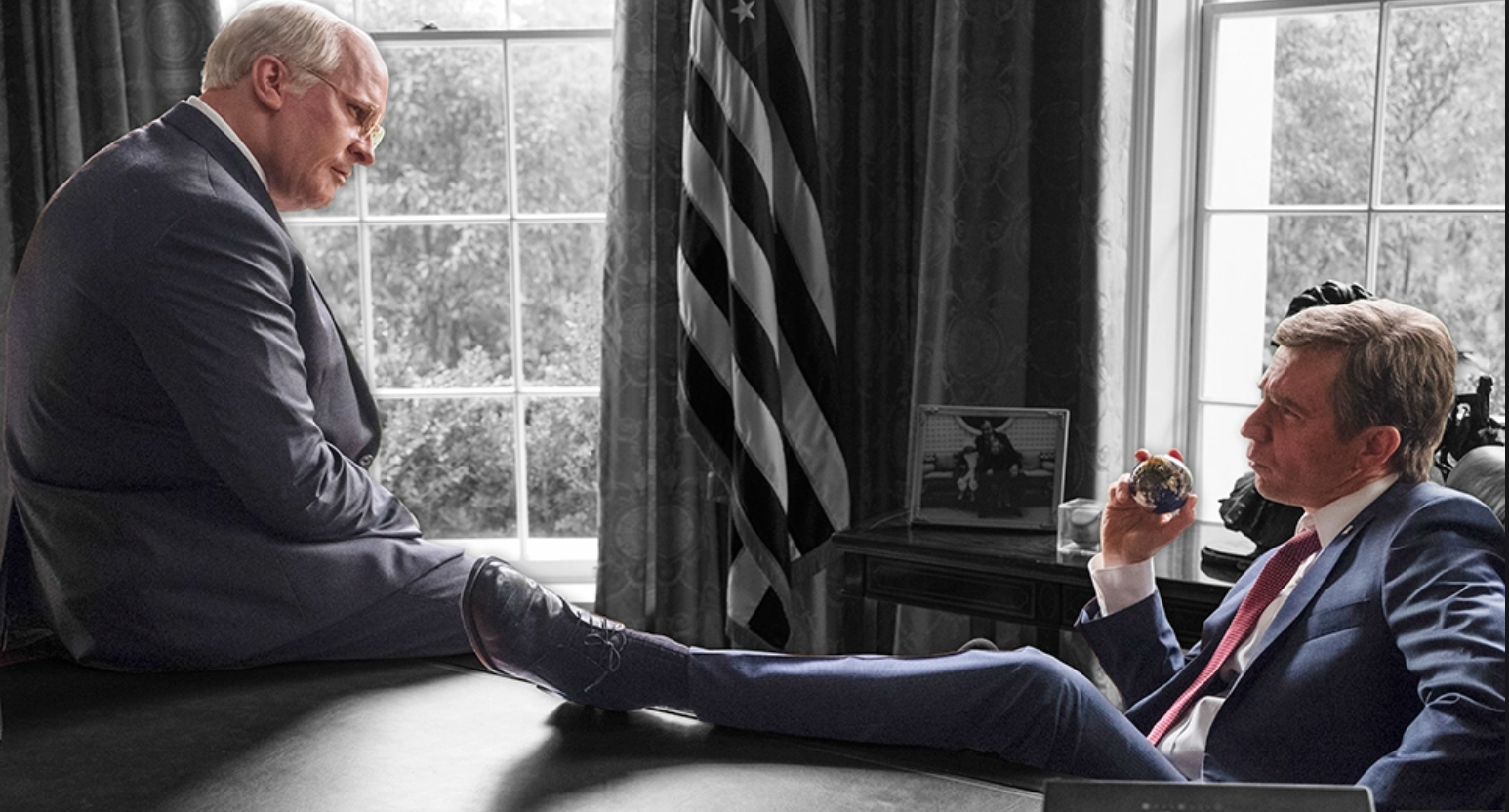 Another way of examining Cheney is that he became the bear to hold onto Lynne Vincent, a young Wyoming girl who became his wife.

N.Y. Times critic A.O. Scott: “The way Vice tells it, Dick Cheney, who would go on to become the most powerful vice president in American history, started out as a young man in a hurry to nowhere in particular. After washing out of Yale, he retreated to his home state of Wyoming, pursuing his interests in booze and cigarettes and working as a utility-company lineman on the side. Dick was saved from ruin — or at least from the kind of drab destiny unlikely to result in a biopic — by the stern intervention of his fiancée, Lynne Vincent, who told her wayward beau that they were finished unless he pulled himself together.

“Her reading of the romantic riot act would have far-reaching consequences. In that pivotal moment, Dick (Christian Bale) looks Lynne (Amy Adams) in the eye and swears he’ll never disappoint her again. The thesis of this film, written and directed by Adam McKay, is that Dick kept his promise. And that everyone else — including his daughter Mary (Alison Pill), thousands of American soldiers, hundreds of thousands of Iraqi civilians and just about everyone on the planet with a care for justice, democracy or simple human decency — paid the price.”

December 17, 2018by Jeffrey Wells38 Comments
« Previous post
They Done Him/Her Wrong
Next post »
The World Is For The Few