Wait…The Favourite is suddenly the most likely winner of the Best Picture Oscar?

The Critics’ Choice Awards, which in the movie realm are voted upon by the Broadcast Film Critics Association, have been the most accurate predictor of Academy Award nominations. There’s something about the non-elitist, emotional-pocket-drop BFCA mindset that seems to synch with the Academy. Remember when Spotlight was apparently losing steam in the 2015-2016 Best Picture race, and then to everyone’s surprise it won the BFCA’s Best Picture trophy? Spotlight won the Best Picture Oscar a few weeks later. I’m not saying that the Critics Choice and Oscar awards have always reflected each other, but BFCA and Academy members do seem to park their cars in the same garage.

If you go by the legend that the most nominated films tend to win the Best Picture Oscar, the fact that Fox Searchlight’s The Favourite corralled 14 Critics Choice nominations this morning — Best Picture, Best Comedy, Best Director (Yorgos Lanthimos), Olivia Colman for Best Actress and Best Actress in a Comedy, Emma Stone and Rachel Weisz for Best Supporting Actress, Best Acting Ensemble, Best Editing, Best Original Screenplay (Deborah Davis and Tony McNamara), Best Cinematography (Robbie Ryan), Best Production Design, Best Costume Design and Best Hair and Makeup — suggests that The Favourite might also turn out to be the most Oscar-nominated feature, and therefore (if you go by odds and tradition) the Best Picture Oscar winner. 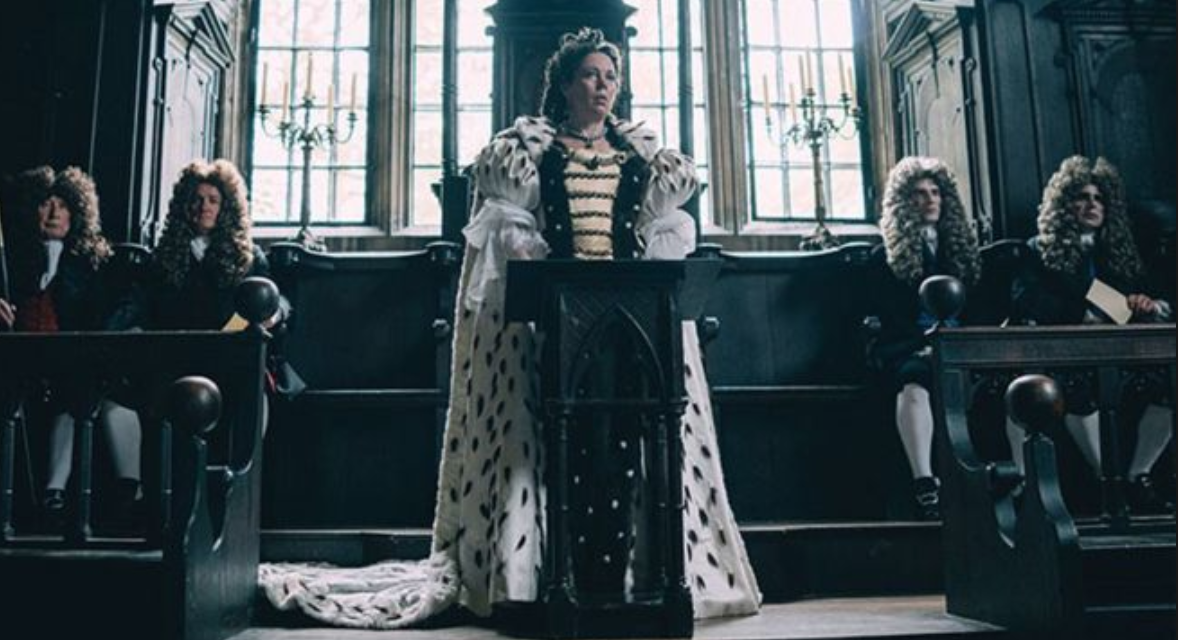 All I can tell you is that this hit me in the stomach when I read the Critics Choice tally last night. Because as much as I admire The Favourite and as impressed as I am by Olivia Colman‘s brilliant performance as Queen Anne (not to mention the “supporting” performances by Rachel Weisz and Emma Stone), I don’t think The Favourite is slam-dunk Best Picture material, largely because the third-act doesn’t pivot or deepen the stakes of the story, let alone maintain the tension of the first two acts.

And because I’m more of a Roma, Green Book, Can You Ever Forgive Me?, First Man and First Reformed type of guy.

Ryan Coogler’s Black Panther was the second most nominated film with 12 Critics Choice nominations. Damien Chazelle’s First Man accumulated ten nominations. Adam McKay‘s Vice, Bradley Cooper‘s A Star Is Born and Rob Marshall‘s Mary Poppins Returns tallied nine nominations each while Alfonso Cuaron‘s Roma — which has seemed to many like the most esteemed and most arthouse-credentialed Best Picture contender — managed to assemble only eight nominations.

Slightly more dispiriting is the fact that Peter Farrelly‘s Green Book, seemingly the most beloved Best Picture contender (if you step outside of lefty fascist p.c.-scold circles) and easily one of the best acted and most finely crafted mainstream features of the year, ended up with only seven nominations.

Green Book is one of the year-end hotties, for sure, but a little man in my chest is saying “what’s going on here? Why are the films and performances that we know are the best of the year…why are they not faring as well as they should?”

HE approves of Ethan Hawke landing a Best Actor nomination for his First Reformed performance; ditto Paul Schrader for his Best Original Screenplay nomination. But the film itself should have been Best Picture nominated; ditto Alexander Dynan‘s 1.37:1 cinematography.

I’m seriously offended by the BFCA not having nominated Marielle Heller‘s Can You Ever Forgive Me? as Best Picture, or Heller for Best Director. At least they nominated Melissa McCarthy for Best Actress and Richard E. Grant for Best Supporting Actor, as they should have.

Viola Davis should have definitely been nominated for her lead performance in Steve McQueen’s Widows, but she wasn’t.

Early last evening I saw Yorgos Lanthimos‘ The Favorite (Fox Searchlight, 11.23), and came away mostly pleased. All the things it’s been praised for so far — the comic perversity, All About Eve by way of Peter Greenaway, Dangerous Liaisons and Barry Lyndon lite, amusingly brittle performances (Rachel Weiss, Emma Stone, HE’s own Olivia Colman), the scabrous humor, Robbie Ryan‘s handsome cinematography — are there in abundance. I mostly had no beefs.

Lanthimos hasn’t backed away from his generally perverse sensibility, but The Favourite is certainly his most accessible, audience-friendly film.

Set in the early 1700s, The Favourite is about a pair of shrewd, ruthless schemers — Weiss’s Sarah Churchill and Stone’s Abigail Masham — plotting and back-biting in order to gain favor with and power from the emotionally volatile, constantly-health-challenged Queen Anne (Colman).

For the first hour or so The Favourite is…well, not entirely “great” but a delightfully wicked hoot. It put me in reasonably good spirits. A critic sitting near me was laughing heartily and having a great old time; ditto most of the audience.

But somewhere around the 75-minute mark and until the end (basically the last 45 minutes) the film slows down and then begins to run out of steam. By the 100-minute mark I was muttering under my breath (a) “I’m starting to not care all that much who wins this battle of courtly influence” and (b) “let’s wrap this up already…why does it have to be two hours?” Lanthimos began to try my patience in the way that Whit Stillman‘s Love and Friendship had. The laughing critic downshifted into chuckling, and then into silence.

But don’t let me stop you. Judging by the critical response so far (100% Rotten Tomatoes, 91% Metacritic), most viewers will be fine with The Favourite all the way through. And, as noted, Colman will get quite the award-season ride out of this, and perhaps Stone and Weiss will also.

Ryan and Lanthimos have shot portions of this film in a John Alcott, Barry Lyndon, wide-angle lens sort of way (albeit not within a 1.66 to 1 aspect ratio) but also from time to time with fisheye lenses, which deliberately distort. I couldn’t quite fathom why they used them.

December 10, 2018by Jeffrey Wells21 Comments
« Previous post
For The Record
Next post »
Years of Delay, Finally Got Made