Late Saturday afternoon I drove the beater from Wilton to Jett and Cait‘s home in Jersey City for a modest Christmas hang-out. Merritt Parkway to Cross County, the Hutchinson River Parkway and into the Bronx, over the George Washington Bridge and down the NJ Turnpike, and three infuriating three loop-dee-loops on the road to Jersey City because the GPS woman lost her mind.

I picked up ex-wife Maggie (i.e., Jett’s mom) at her Warren Street apartment. We landed at Jett and Cait’s around 7 pm. Dinner, dogs, gifts. Watched a movie (Can You Ever Forgive Me?, which I’d seen twice before). Maggie and I left around 10 pm. I went back through the Holland Tunnel ($15 access!) and up the West Side Highway. I was back in the Wilton abode in less than two hours.

Jett, all his life a highly considerate fellow, thinks I’m a fragile reed because I underwent basal-skin-cancer removal and skin graft surgery on 12.4. “Get back okay last night?”, he texted at 6:30 am. “Back in the crib before midnight”, I replied.

Two more days here (today and tomorrow) and then back to Los Angeles on Tuesday morning, and then on to HE’s first Existential Sundance Film Festival, and then down to Santa Barbara in late January. 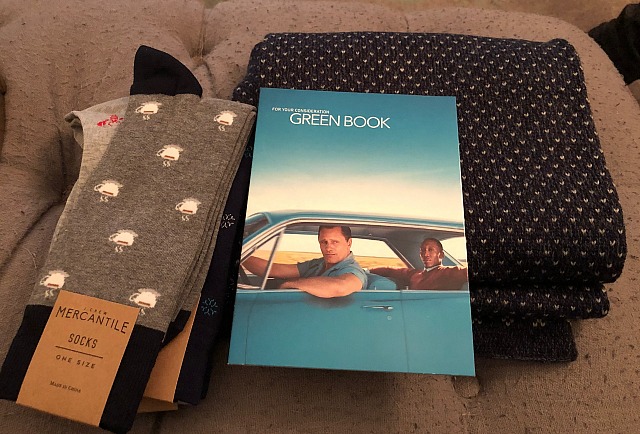