Realm of the Empty Popcorn Container

So proclaims a 12.26 Variety trend story by Brent Lang and Rebecca Rubin, titled “Movie Theaters Bounce Back: What’s Behind the 2018 Rebound.” Lang and Rubin’s feigned exuberance is about $11.5 billion worth of tickets having been sold over the last twelve months — a fact.

“After being written off in 2017 as creaky anachronisms that were being rapidly surpassed by more agile streaming players such as Netflix and Amazon, studios and theater owners are closing out the year in a much more optimistic frame of mind,” L & R declare. 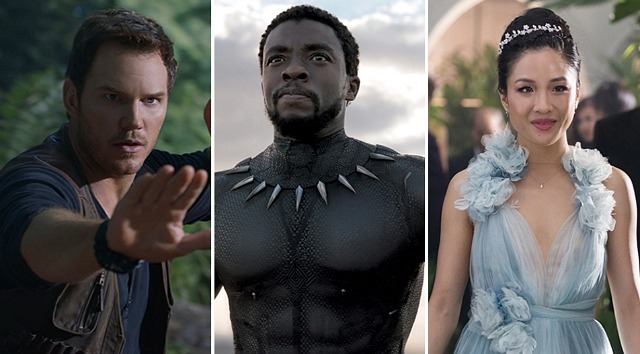 Question: Why did moviegoers return to theaters in such great numbers over the last 12 months? Answer: If the right kind of gleaming, smart-assy, familiar-but-diverse, CG-fortified crap comes along, moviegoers will lap it up like seals. The key terms are “right kind.”

Uh-oh factor #1: “There are reasons to worry that the film business remains overly reliant on a handful of genres and franchises. Six of the top 10 highest-grossing domestic releases in 2018 were superhero pics and nine of the 10 most successful North American movies were sequels or spinoffs, hardly a triumph for originality. The only movie in the top 10 that wasn’t part of a pre-existing series was The Grinch, a venerable piece of intellectual property that has already inspired a Jim Carrey movie and a beloved television film with the voice of Boris Karloff.”

Uh-oh factor #2: “Some of these franchises are growing longer in the tooth. Many are now entering their second, third, or, in the case of Star Wars, their fourth decades.

“When studios have attempted to stray from branded IP, the results have been mixed. For example, Universal and its partners shelled out more than $100 million on Mortal Engines, a steampunk epic from The Lord of the Rings maestro Peter Jackson that stands to lose upwards of $125 million, and Lionsgate’s $100 million attempt to fashion a younger, hipper Robin Hood will result in a steep write-down.

“Given the vast sums of time and treasure needed to make a tentpole movie, there’s little margin for error. Even movies that gross hundreds of millions of dollars such as Solo: A Star Wars Story can result in red ink when they fail to approach the billion-dollar mark globally.”

December 27, 2018by Jeffrey Wells15 Comments
« Previous post
She Lugs Hay Bales!
Next post »
Due Respect, But “A Star Is Born” Must Be Stopped