When “Becket” Was A Thing

As far as I’m able to tell, Armond White‘s N.Y. Press review of Peter Glenville‘s Becket, which appeared roughly 12 years ago, is no longer retrievable. I posted a condensed version on 1.30.07. It closely echoed a Becket riff I’d posted on 2.3.06. I’m re-posting both here.

White: “Ostensibly the story of King Henry II appointing his confident Thomas a’ Becket to be Archbishop of Canterbury and then reneging on his bequest — a decision that historically split England’s religious affiliation — Becket is mostly fascinating as a love story between two men.

“Jean Anoulih‘s stage play is strengthened by the conflict of worldly affection and spiritual devotion when Becket’s born-again allegiance to God takes precedent over his fealty to Henry. This movie version is deeper than anything the makers of Brokeback Mountain could ever conceive — or admit to.

“Re-seeing Becket in light of the recent so-called breakthrough for gay film subjects makes one realize how advanced mainstream filmmaking used to be. Peter O’Toole‘s Henry and Richard Burton‘s Becket profess their regard for each other with bold openness and extravagant anguish. Precisely because this affection remains Becket’s subtext, it is never treated as a self-congratulatory end in itself. O’Toole and Burton are artistically free to fully vent their characters’ emotions.”

“This psychological depth gives Becket an edge over the other ’60s dramas about the Plantagenet rulers (A Man for All Seasons, The Lion in Winter, Anne of the Thousand Days) and puts it close to the sophistication of Lawrence of Arabia and, yes, My Own Private Idaho.”

HE riff, titled “Once Upon a Time”:

I’m thinking of a film about two men in love with each other, but one of them loving a bit less. They have sexual hunger for women and children are sired, but nothing approaches their feelings for each other. They’re pried apart by social-political concerns and they never quite mesh, but the man who loves a bit more can never put aside his feelings. He doesn’t know how, and hurts badly as a result.

And then one of them is killed by a group of violent men who despise what their victim stands for, and finally the longish movie (lasting over two hours) ends with the survivor lamenting his dear friend’s passing and talking quietly to his ghost.

The men with profound feelings for each other are played by movie stars in their prime, the movie is funded by a major studio, and come January it is honored with a slew of high-prestige Oscar nominations — Best Picture, Best Actor, Best Supporting Actor, Best Director, Best Adapted Screenplay, and so on. Everybody admires or at least respects it, and the reviews are almost 100% ecstatic.

The movie, of course, is Peter Glenville’s Becket, which came out just shy of 42 years ago. [54 years by 2018 calendar.] But the element of men in love with each other (in a not-quite-sexual way) was no less pronounced or emotionally intense than the love affair in Brokeback Mountain, except for Becket‘s lack of depicted physical intimacy. 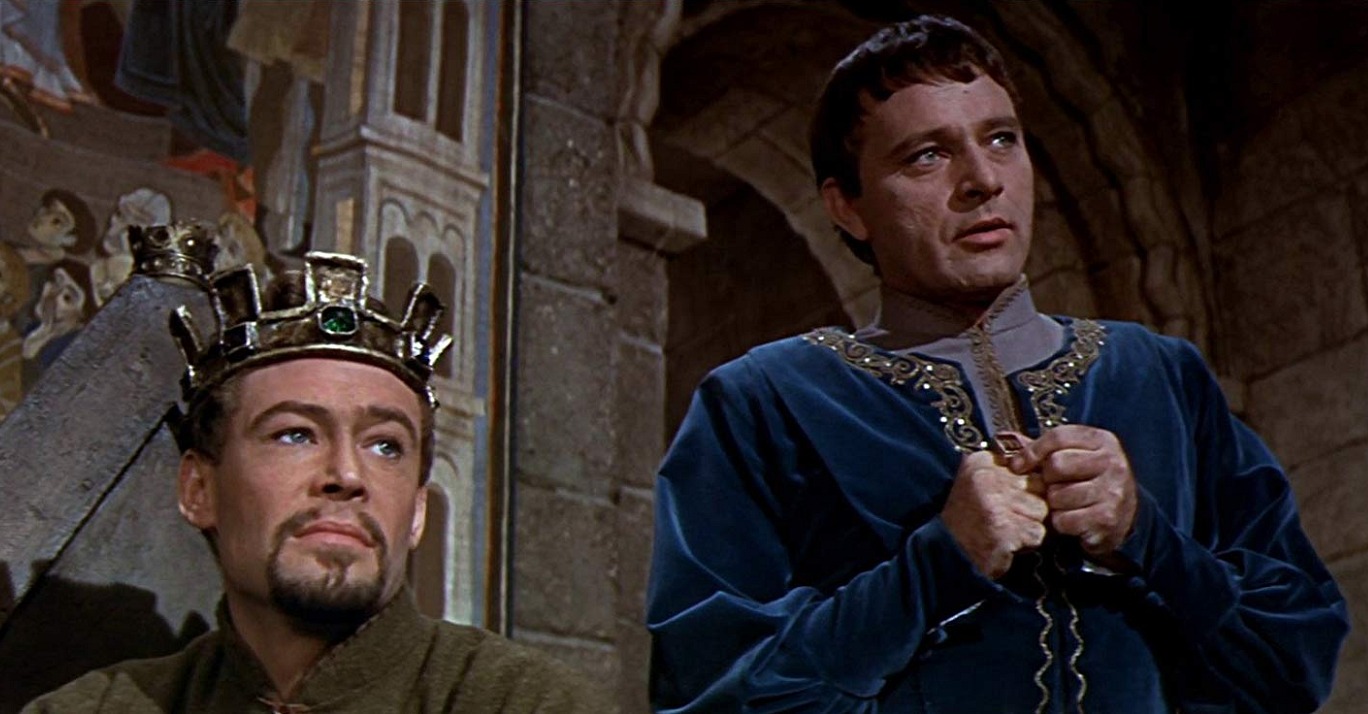 And yet it’s a film in which the lead actors share a bed in the first act, with one of them confiding to the other a few pages earlier that “I can’t bear to think of you in pain.” They argue fiercely during a third-act scene about rejected feelings of love between them, and a disapproving female accuses one of having “an obsession” for the other that is “unhealthy and unnatural.”

In fact, it’s more than a little bit astounding that a movie as “gay” as Becket was released five years before the Stonewall riot and the beginning of the gay rights movement, and that it was made by the stodgy-at-the-time Paramount Pictures, and was performed by two of the era’s most respected actors (Peter O’Toole and Richard Burton), and was patronized by straightlaced audiences who had probably never considered the idea of emotional dignity between homosexual men.

Nominated for 12 Oscars (but winning only one for Best Adapted Screenplay), Becket isn’t just a touching story about unrequited love but one that manages to dramatize what it is to experience profound spiritual growth.

It’s a conventional costume drama in some respects, yes, but it’s one of the smartest and most engrossing features ever made in this vein. Directed by Glenville from a screenplay by Edward Anhalt (who adapted Jean Anouilh’s play), photographed by the great Geoffrey Unsworth and edited by Anne V. Coates, Becket feels slightly hemmed in by the conventions of prestige-level filmmaking as they existed in the mid ’60s, but the delivery and the talent levels are as good as it gets.