Last night the American Cinematheque Egyptian screened William Friedkin‘s To Live and Die in L.A. (’85) and Ivan Passer‘s Cutter’s Way. Friedkin’s film has improved over the years — I realized this after watching the Bluray a year or two ago. William Petersen‘s William Chance is still a reckless sociopath, but he somehow seems less over-the-top, less of a bludgeoner than he did 33 years ago. Because society has undergone a coarsening, a degradation process since the Reagan era.

But I can’t stand Cutter’s Way anymore. I re-watched it after John Hurt‘s death and had to shut it off. Every engaging film requires viewers to invest in the main characters at least somewhat, but Hurt and Jeff Bridges are playing such sputtering, saliva-spewing losers. Not to mention the singular possessive title, which is a no-no ’round these parts. As I explained last September, the implication of a singular possessive title is that “the main character will be some kind of willful, egoistic, manipulative, obsessive type, and who wants to spend two hours with an asshole?”

If I’d been there last night I probably wouldn’t been able to focus on anything Friedkin or Kusama said because of a huge visual distraction. By which I mean they were both wearing sneakers with white midsoles, a 21st Century shoe design that I’ve previously described as “whitesides.” As I explained last month, walking around with a pair of whitesides equals instant social discrediting. Posted on 11.11.18: “White midsoles are about as 100% outre as it gets right now. There are so many different shoe styles, textures, color combos, tints and side-colors out there, but if you choose whitesides you’re no better than someone who wears Crocs. I’m not trying to be some kind of judgmental Torquemada but whitesides really don’t make it.” 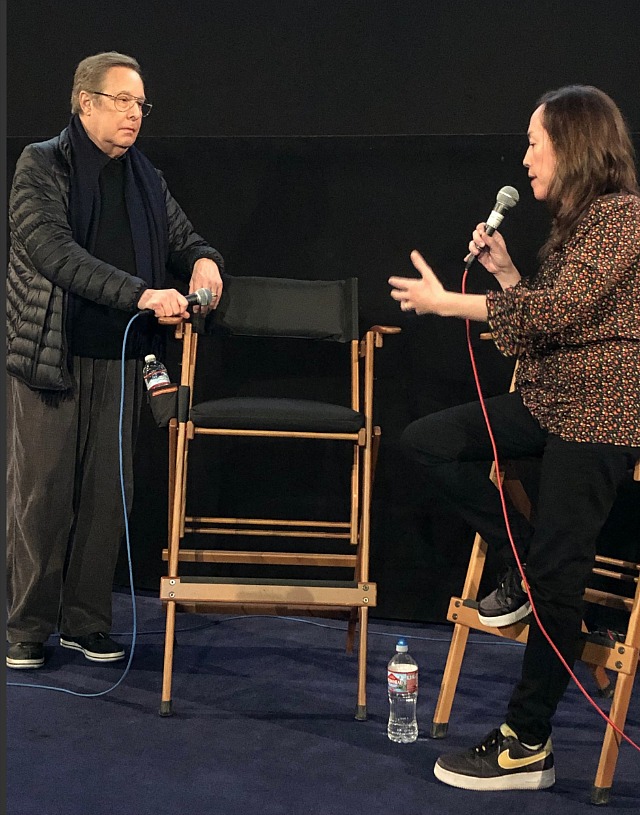 December 16, 2018by Jeffrey Wells20 Comments
« Previous post
The Year That Jimmy Carter Went Down
Next post »
Risk Everything, Gain Nothing, All Eyes