I’m sorry to quit early, but 45 minutes hence I have to leave for the 2019 Critics Choice Awards ceremony at Barker Hangar at the Santa Monica airport. I’ll text some of the winners and some thoughts about same as things progress. Please God…please keep the Star Is Born award tally to a minimum.

Four-plus years ago a kind of left-handed tribute to Hollywood Elsewhere was posted by John Lichman, aka idiotsavantonline. I happened to re-read it last night, and the natural absence of any comments about SJW goon-squad thinking (which began to take shape in late ’16) made me almost weep with nostalgia for a simpler, less terrifying time.

Excerpt: “If Armond White is the king of Online Film Criticism from Under Troll Mountain, Jeffrey Wells is the wandering samurai-poet on a separate continent.

“Wells resides in the other end of entertainment journalism where euphemism, contacts and advertising are an essential issue but completely alien to folks that treat the Tomatometer or CinemaScore as the scales of justice.

“Wells has always been a strange figure — a traditional print reporter from back before the time most of the online editors that gripe about him on Twitter even knew what a lede meant (whether they still do is arguable). Even then, Wells is the prototype for the modern online film columnist. So much of what Wells writes has become tied into his idiosyncrasies about wifi, fatness and a bit of reporting per se, but also random bursts of striking street photography. The closest encapsulation of his writing resume can be found here.

“I’ve said it before, but for lack of a better term Hollywood Elsewhere is spectacular performance art that happens to involve entertainment media.

“Everything is strife to Wells and how he’s had to adapt to constant reaction whether from his commenters, his peers or his infamous peanut gallery that have their own set of memes and rules at their special circle of comment hell.

“What Wells is responsible for is different than the iconic Internet Trolls of Film Criticism. Wells is, going back to the idea of performance art, the template for the freelance film writer as we know them. Inside every Filmdrunk, /Film, Film School Reject or Gothamist — no, seriously, they used to love him — is the spark of what Wells represents.” 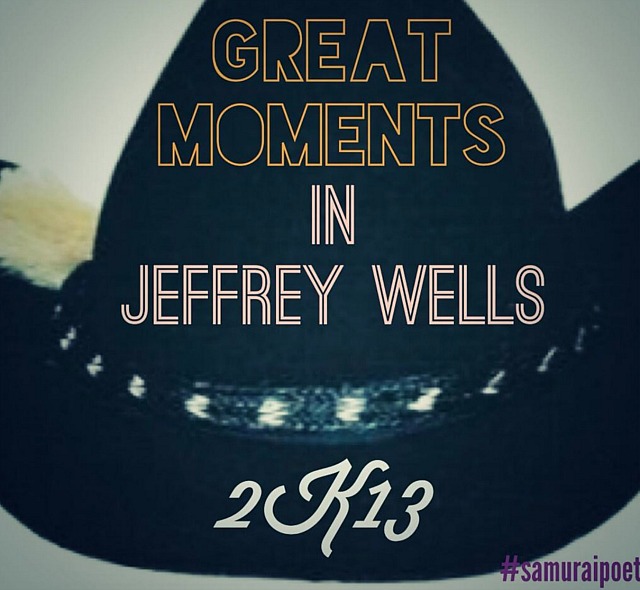 During the mid-fall of 1987 I had a couple of chats with director Herbert Ross. I was the press kit writer for Cannon Films, and Ross’s Dancers, a mezzo-mezzo Mikhail Baryshnikov film, was being prepared for release. During our second chat I was asking Ross about something I wanted to put into the Dancers press kit, and somehow I miscommunicated my intention and Ross got the idea I was trying to debate him. “This isn’t that kind of conversation!,” he said sternly, almost shouting. I immediately backpedaled and started mewing like a kitten — “No, no, Mr. Ross…I apologize, that’s not what I meant, I’m sorry.”

I cooled him down but after hanging up I said to myself, “Jesus God, that is one fierce hombre! He was ready to take my head off!”

Seven and a half years ago I tapped out a piece called “Bastards vs, Mellowheads.” It basically said that directors have to be muscular, tough-ass mofos or they won’t last. That doesn’t mean they don’t or shouldn’t play the sweet-talk, back-rub game that the film industry more or less runs on, but they have to guard against people trying to roll over them 24/7. If they over-react to this pressure they become known as crazy hotheads; if they under-react they’ll get seriously bitten or eaten by this or that carnivore.

“All strong directors are sons of bitches,” John Ford allegedly said to screenwriter Nunnally Johnson sometime in the late ’40s or early ’50s. His point was that Johnson, in Ford’s view, was too nice, thoughtful and fair-minded to make it as a director. Directors basically can’t be mellow or gentle or accommodating. They need to be tough, pugnacious and manipulative mofos in order to get what they want. And if they’re too deferential, they won’t last.

After the piece ran Wes Anderson got angry with me for mentioning him in this context. But I had done so with respect. Wes is no pushover, no wallflower. All I said in the original piece was that occasionally he seemed to exemplify hard-core battlefield thinking. All movies are wars — enemies all around, one skirmish after another, betrayal lurking, bullets whizzing by your ears

All good directors (Mann, Stone, Tarantino, Cameron, Kurosawa, Nichols, Kubrick) are known to have operated like this in their prime. They don’t kissy-face or twinkle-toe their way through the making of a film — they stress and scheme and argue and finagle to get whatever they want any way they can. Making a movie with them is an organized, guns-blazing, duck-and-weave enterprise that requires hard work. It’s no day at the beach.

That aside all smart, socially attuned directors go out of their way to not be mean or manipulative, of course, being political animals and all. But deep down they have to be that snarly John Ford guy, or the system will eat them up.

I’ve finally paid attention to the Jeff and Mackenzie Bezos divorce and the presumed 50-50 splitting of his $137 billion fortune. It’s a familiar scenario. If a super-rich guy has been married for a couple of decades to a quality-level, less-than-dynamically-alluring wife and business partner, sooner or later he’s going to cash out and trade up for a seemingly more cultured, erotically enticing, world-class newbie.

Alpha guys want women who will make them look good and enhance their brand. When they schmooze with other captains of industry in Sun Valley they want ostensibly classy, well-educated women who read books — women with depth and superior genes and excellent cheekbone structure (or, failing that, women who’ve had first-rate “work” done). Remember that Moneyball line about how “a homely girlfriend means no confidence“? Guys everywhere accept that analogy.

But the recent reporting about private sexting between Bezos and Lauren Sanchez? God, that’s grotesque. The reporting, I mean. How low can you go?