Criterion’s new Notorious 4K-scanned Bluray delivers a serious HE “bump”. Within seconds I was sitting up in my seat and going “wow!” Satiny smooth and gleaming, mineshaft blacks, shimmering silver tones and clean as a hound’s tooth.

I’ve been watching this 1946 Alfred Hitchcock noir classic since I was a proverbial knee-high, and all through the evolving formats — theatrical, broadcast TV, VHS, laser disc, DVDs, previous Blurays. This is easily the best-looking version I’ve ever seen, and I didn’t even watch it on my premium 65″ Sony HDR 4K (which is back in Connecticut) but a run-of-the-mill 55″ Insignia 1080p monitor.

That said, the Criterion Bluray contains a fold-out brochure, and on the very front is an image of Cary Grant‘s Devlin character that will make your blood run cold.

Created by illustrator Greg Ruth, it’s the darkest and ugliest image of Grant mine eyes have ever beheld. It’s like a shot of his corpse on a morgue slab after he’s died of scarlet fever. Or a candid taken after somebody snuck into Grant’s bungalow while he was napping and smeared his face with greasepaint. 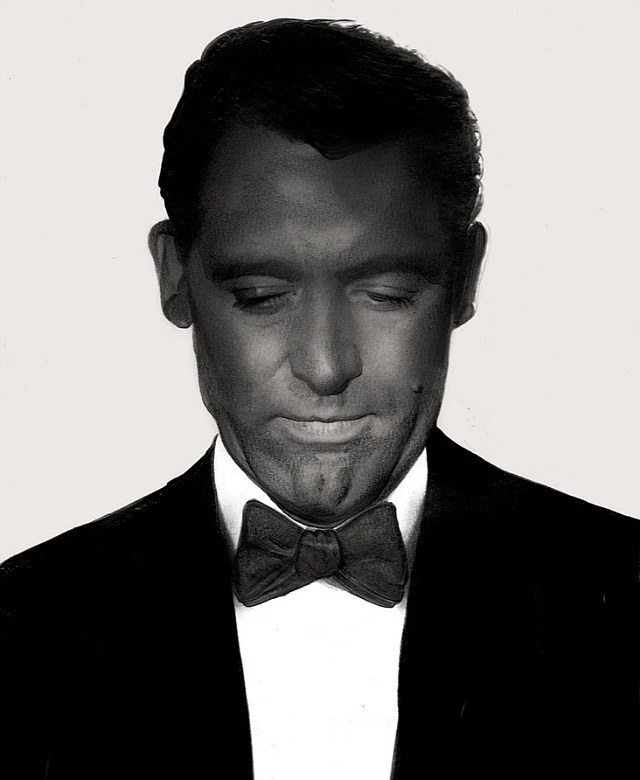 I’m not kidding — Grant’s skin is so dark and heavily shadowed he could be playing the debonair brother of Laurence Olivier‘s “Mahdi” in Khartoum. Or maybe a stand-in for Henry Brandon‘s “Scar” in The Searchers.

Seriously — this is the worst “hit” upon Grant since Daisy Ridley told Carrie Fisher that she didn’t know who he is.

On his website Ruth describes the shot as a spot-on image of a “tuxedoed and conflicted” Devlin, but it’s not even derived from Notorious — compare Grant’s bow tie in the Ruth art compared to a standard Notorious still [after the jump].

The idea, I presume, was to suggest that Devlin is a chilly, dark-hearted soul (which he arguably is until the final reel) but Ruth’s image suggests Devlin has taken an overdose of sleeping pills after lying under a sun lamp for ten hours.

Here’s an essay Ruth has written about his Notorious creations.

If I’d been the senior editor of the Notorious brochure and Ruth had submitted the Grant death-mask shot for approval, I would have made a face and said “what exactly is your problem, bruh? I mean, this image tells me there’s really something wrong with you. Have you seen the film? Grant isn’t playing the devil in Notorious — he’s playing a bothered, women-fearing, emotionally brusque CIA agent. Plus he redeems himself in the end.” 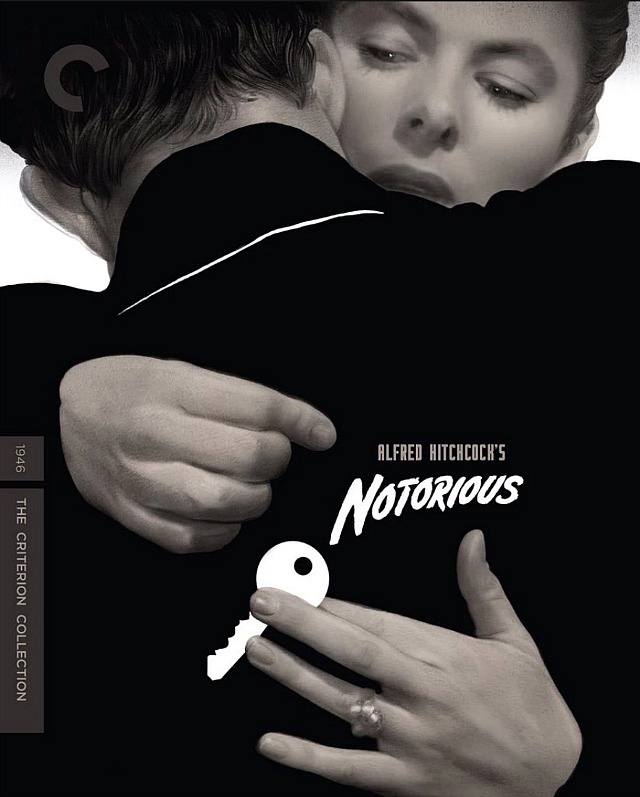 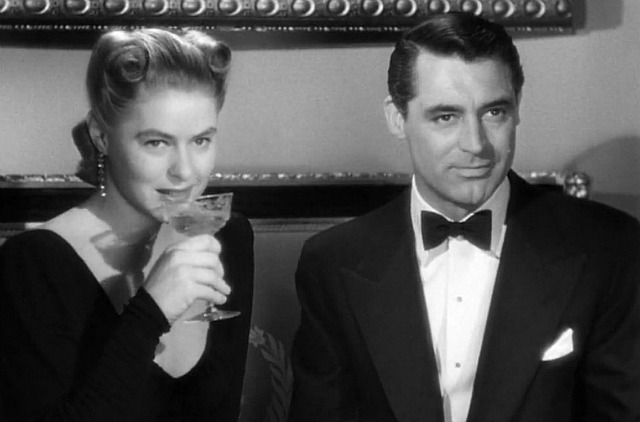 Ingrid Bergman and Grant during party scene in Notorious.

January 19, 2019by Jeffrey Wells8 Comments
« Previous post
On The Collapse of “First Man”
Next post »
HE to Academy: Klady Belongs in Oscar Death Reel