Due Respect for Andy Vajna

Producer Andy Vajna, the very model of a swaggering, cigar-smoking, Rolls Royce-owning, high-falutin’ producer during his ’80s and ’90s heyday, has passed at age 74. That’s kinda young to check out (was it the cigars?), but you can’t say the Hungarian-born Vajna didn’t live a full and robust life.

In a certain sense I “worked” for Vajna in ’85 as an employee of partnered publicists Bobby Zarem and Dick Delson. (We also worked for Sylvester Stallone). I was a bit surprised to learn that year that the bearded, barrel-chested Vajna, who looked like a guy in his early ’50s, was just shy of 40. He was nothing if not decisive, charming, tough, pugnacious. He was no pushover, and he never let you forget that he was Mr. King Shit. 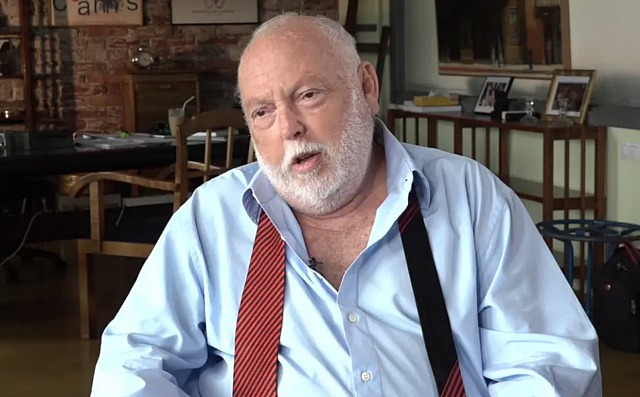 As a distributor, producer or financier, Vajna (allied for a long period with Carolco partner Mario Kassar before starting Cinergi) enjoyed a 14-year flush period that began with First Blood in ’82 and ended with Evita in ’96. Vajna mostly made loud, high-impact audience movies, although he backed four prestige films — Evita, Jacob’s Ladder, Angel Heart and Nixon.

Here’s a tough article about Vajna and Kassar on Hungarian Spectrum.

Vajna quit Hollywood in 2010 to move back to Hungary, where “he took over the country’s moribund film industry and made Budapest a destination for international film crews.”

A 2016 USA Today story (“Big Hollywood producer reaches for the stars in Hungary”) reported that “much of the action in Hungary’s movie industry can be traced to Vajna’s influence. Vajna was claimed that “foreign film expenditures in Hungary grew from $5 million five years ago to $280 million now.” Which wasn’t an empty boast — Hungary really did bloom as a production center due to his stewardship. 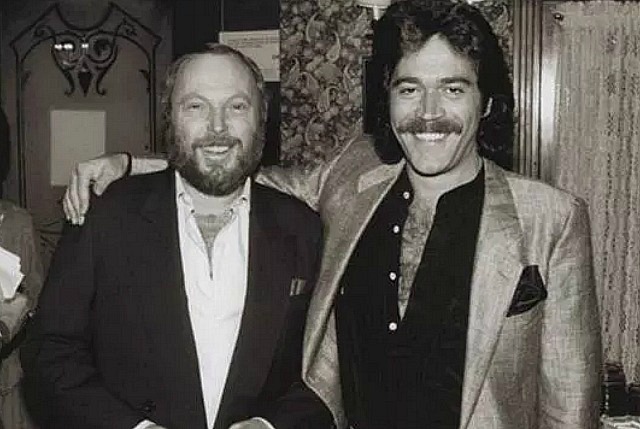 Vajna and Kassar in ’82 or thereabouts, in the wake of the huge success of First Blood