Ruthless and Cutthroat As It Gets

The targeted hit pieces against Green Book that happened earlier today (i.e., Farrelly flash + Vallelonga-Trump-Jersey Muslims) wouldn’t have happened if Peter Farrelly‘s film hadn’t won three Golden Globes last Sunday night. The haters and wokesters wanted to cause as much injury as they could, and with due diligence they found the implements of destruction after two days of searching.

In case there’s anyone in outer Mongolia who doesn’t understand what happened today and why, this is your explanation. Repeating: If the Globe wins hadn’t occured, these pieces wouldn’t have popped.

Jordan Ruimy: “What in the living hell is going on?! A deliberate smear job, that’s what’s going on. It can’t be anything else. How else can you explain the amount of vitriol and pushback Green Book is getting? Yes, the days of Harvey Weinstein managing to find dirt on his Oscar competitors are long gone, for obvious reasons, but someone is carrying his torch. But who? It’s all mostly heresay from there, but it’s impossible to think that this otherwise simply-delivered film, which audiences have taken a real liking to, is being tossed around like a ragdoll every which way to Sunday. Something is going on. The sudden emergence of more smears stinks of calculation.” 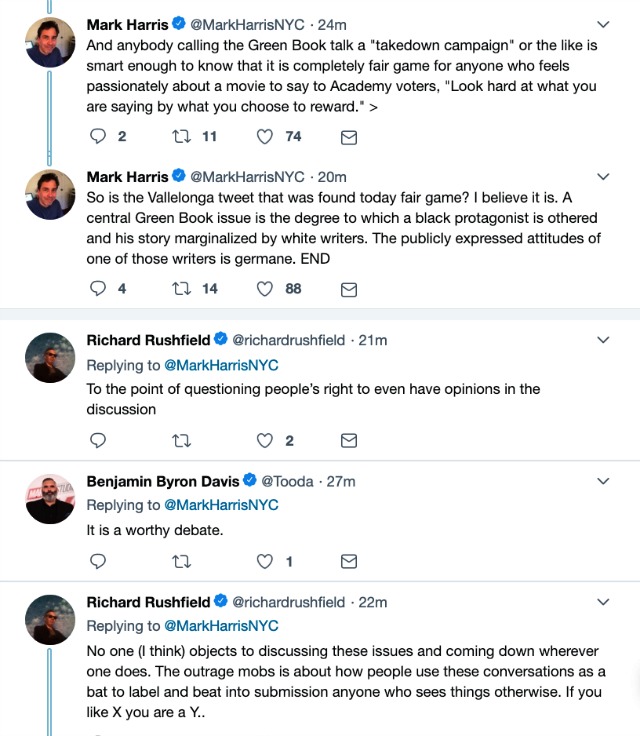 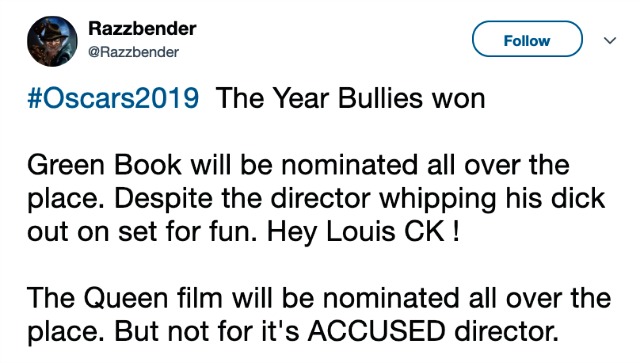