Free Man In The Morning

Everyone laughed or sneered when Donald Trump announced his candidacy three and a half years ago. But when it became clear a few months later that he was connecting with the rural none-too-brights, people started to compare Trump to Lonesome Rhodes in A Face in The Crowd, the 1957 drama about the rise and fall of a country-boy demagogue and sociopath, played by Andy Griffith.

Trump is anything but “country,” of course, but he’s just as much of a media-attention whore and a bullshit artist as Rhodes became by Act Three of Budd Schulberg‘s script.

It could be argued that the fictitious Rhodes was a much savvier guy than Trump could ever hope to be, and that Trump is more of an unregenerate liar and a stone sociopath. And yet here we are in January ’19, and just like that woman at the end of Kazan’s film who says “why, he’s a monster!”, a fair-sized portion of the chumps who voted for Trump are scratching their heads and wondering why they fell for his act while pundits everywhere long ago agreed that Trump was Rhodes and vice versa. The analogy was undeniable in early to mid ’16, but now it’s a so-whatter.

In short Criterion waited way too long to release their 4K Bluray (due on 4.23.19). They should have released it right after Trump’s election.

On top of which I’m disappointed that they’ve chosen to present it at 1.85, which means they’ve sliced off the top (or bottom) of the 1.78:1 image that was delivered on the 2005 DVD version. But that’s what they do. Just as Marc Bolan loved to boogie, Criterion likes to cleaver. 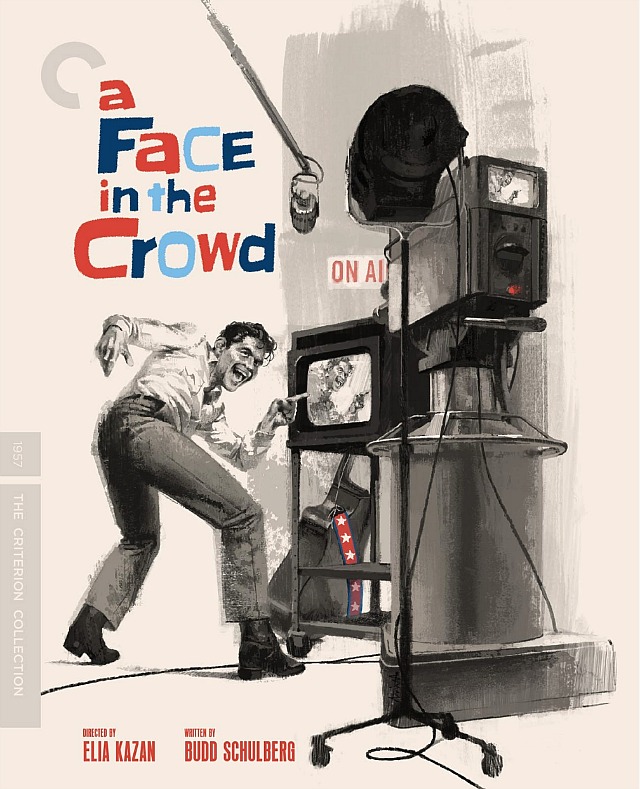