HE to Academy: Klady Belongs in Oscar Death Reel

It would be entirely fitting and appropriately respectful if the Academy would include the late Leonard Klady in the forthcoming Oscar telecast “death reel”. It really would. For Len was as much a part of the soul and the fabric of Hollywood output and hoo-hah over the last 40 years as anyone else. As a storied Variety guy, LAFCA member and Movie City News box-office guru, Klady was right there, knee-deep in the trenches…absorbing, interviewing, tabulating and commenting every step of the way. The death reel always includes a few non-celebs — Klady’s life warrants this modest tribute and then some.

My first trip to the Cannes Film Festival was in 1992, and I owe the success of that adventure to Klady in part. He told me one night that the festival was too overwhelming for a first-timer — that there were too many angles and trap doors and necessary buttons to push, and that I didn’t have a prayer in hell of keeping up. As a result I doubled-down on my research and preparation, working extra hard at making the right calls and sending out letters to everyone, and as it turned out I did pretty well on my maiden voyage.

Seasoned Film Guy: “I love re-reading Len Klady‘s Cinefile columns in Variety, or his name on pieces like the Filmex tribute to the Garys in 1993 and that mention of his chat with Marcello Mastroianni in Palm Springs. Because they remind that he was doing what we all love best: being part of the greatness of film via these schmooze opportunities with the greats and [generally being] part of the hip Los Angeles film lover contingent, along with Len’s wife Beverly Walker. You know she’s the person who put Two Lane Blacktop on the cover of Esquire along with THE ENTIRE SCRIPT back in 19frickin71??? She’s a wonderful lady — so informed and passionate about cinema. All we need is film love.” 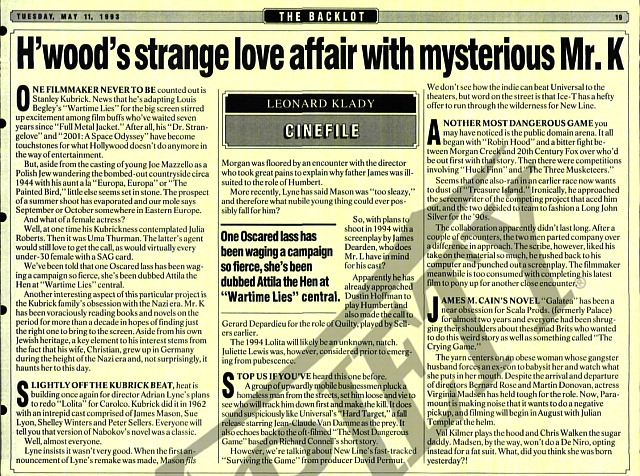 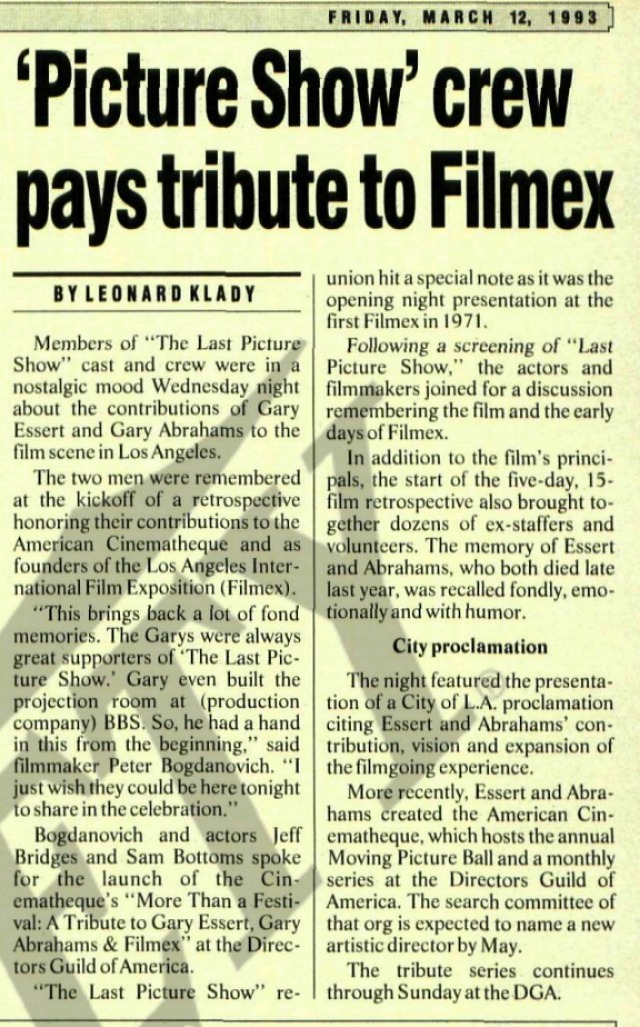 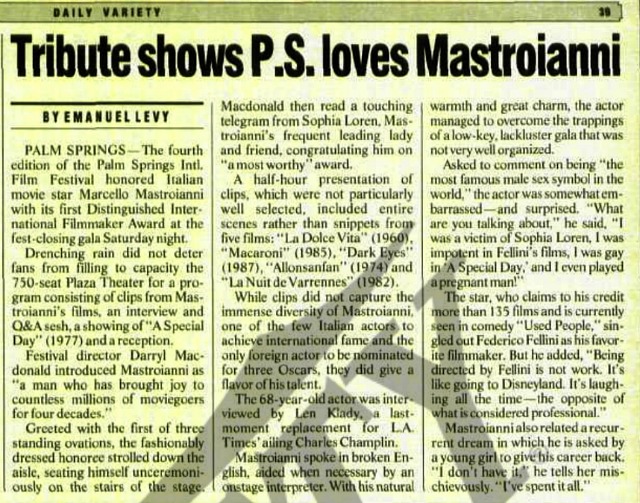