Off To Park City Tomorrow

My Southwest flight to Salt Lake City and the Sundance Film Festival leaves tomorrow morning around 9 am, but due to a longish Las Vegas layover I won’t arrive at the Park Regency condo until 5 pm or so. Like last year, Hollywood Elsewhere is bunking at the Park Regency with World of Reel‘s Jordan Ruimy and seasoned film journo and festival guy Robert Koehler.

My first Sundance in 25…now 26 years without a press pass! I have a sacred duty to fulfill, of course. A duty to myself, the general “never say die” esprit de journalism and the intrepid tradition of Hollywood Elsewhere to fly my ass up there, put on the overcoat and the black cowboy hat, tromp through the snow (Park City is currently at 27 degrees and besieged by winter storm “Indra”) and see everything I can.

I’ve been asking filmmaker and publicist friends to please help with public-screening tickets, and I know I’ll be getting into a fair number of films. Maybe 15 or so. Gavin Hood‘s Official Secrets. The Steven Soderbergh basketball flick at Slamdance, for sure. (Not to mention other Slamdance films, which I’m credentialed to see.) Dan Gilroy‘s Velvet Buzzsaw. The Harvey Weinstein, Mike Wallace, David Crosby and Roy Cohn docs, certainly. Not to mention the accusatory four-hour Michael Jackson doc and the origins of Ridley Scott‘s Alien doc, MEMORY. Whatever I can see. 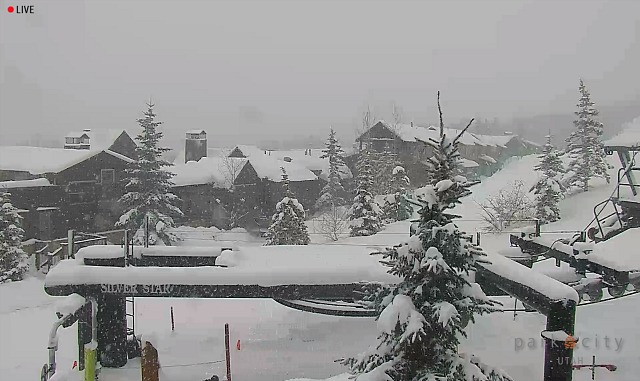 Word around the campfire is that Rhys Ernst‘s Adam, Chewitel Ejiofor‘s The Boy Who Harnessed the Wind and Pippa Bianco‘s Share are a tad underwhelming, at least according to one Boy Scout. Joe Berlinger‘s Extremely Wicked, Shockingly Evil and Vile, the Zac Efron-as-Ted Bundy pic, is said to be strikingly performed but “dramatically flat.”

Sonya — The White Swan, a Sonja Henie biopic, has been screened in Los Angeles but I’ve heard nothing. Ditto Bart Freundlich‘s After The Wedding, which is opening the festival on Thursday night.

Will audiences be treated to another Manchester By The Sea, a Call me By Your Name, a Big Sick? I would deeply love to experience this kind of thing but I’m not hearing about films of this calibre in the wings. Is anyone?

A typical Sundance-credentialed journo sees 20 to 25 films over this ten-day gathering. But outside the documentaries Sundance ’19 is looking (and it breaks my heart to say this) like it might be just as meh-level “woke” as last year — alternate lifestyles, afflictions, LGBTQ and POC agenda sagas, women in transition, this or that personal issue, healings, buried pain, social maladies, etc.

It’s probably safe to say that the Indiewire crew is going to go totally apeshit over the ’19 equivalents of Blindspotting…films that will barely stir the waters when they open or stream later this year. Go, David Ehrlich and Eric Kohn! Show us your stuff!

January 21, 2019by Jeffrey Wells3 Comments
« Previous post
Silence Is Deafening
Next post »
Sorkin Suggests Without Spitting It Out