Oscar Snub Analysis: HE vs. Setoodeh

At 7:22 am, Variety‘s Ramin Setoodeh posted “Oscar Nominations: The 15 Biggest Snubs and Surprises.” Hollywood Elsewhere, currently waiting for a McCarran Airport flight to Salt Lake City, respectfully differs with some of Setoodeh’s assessments.

Snub #1: Bradley Cooper‘s direction of A Star is Born fails to land a nomination.

Setoodeh: “Cooper got Afflecked. The Academy director’s branch is notorious for snubbing actors who step into the director’s chair. Cooper was considered a lock for A Star Is Born, has now joined the ranks of Barbra Streisand (Yentl), Ben Affleck (Argo) and Angelina Jolie (Unbroken), as actors-directors who failed to receive their proper due.” 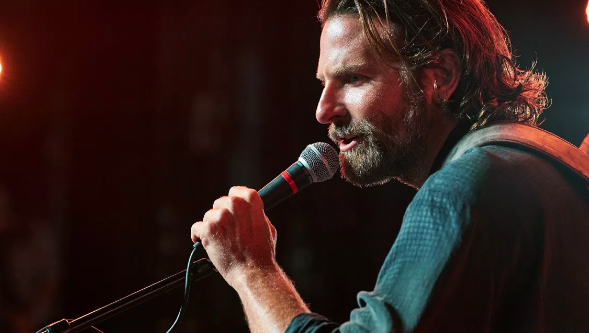 Setoodeh: The star of Call Me By Your Name and the forthcoming Dune was “due” a nomination for playing a drug addict, blah blah.

HE: No, he wasn’t — he wasn’t effing “due” because his meth-head performance was (a) all strenuous “acting”, and (b) it didn’t emotionally connect with anyone. Plus the film was torture to sit through, and was doubly painful for Steve Carell‘s mope-a-dope dad character. Only now can it be said: Beautiful Boy blew chunks when it opened in Toronto, and it still does. Plus Chalamet hasn’t yet paid off the piper for throwing Woody Allen under the bus when the matter of his guilt has never been close to conclusive, and is actually doubtful if you read Moses Farrow‘s essay.

HE: Washington’s performance was okay, but he was the weak link in that film. Why? His face is uninteresting, opaque. Look into his eyes and there’s nothing burning or churning underneath. He’s just good looking, and that’s never enough.

Setoodeh offers no thoughts so allow me. A sufficient number of voters simply didn’t like the idea of a pastor strapping on a suicide vest as a way of addressing environmental pollution. Plus they didn’t like a bare-chested Hawke bloodying himself with barbed wire, and they didn’t much care for the drinking and the cancer threat. And they strongly disliked the cruel way Hawke’s character treated that mousey middle-aged woman who cared for him. News flash: Academy voters aren’t especially deep or thoughtful.

Snub #5: Michael B. Jordan‘s Black Panther performance gets the go-by.

Setoodeh: “Not a single actor in its cast was recognized, [not even] Jordan as Erik Killmonger, for playing the best villain in the genre since Heath Ledger as the Joker.”

HE: Setoodeh had to have been kidding when he wrote this. If you’re playing a guy whose last name is Killmonger, you’re automatically and instantly disqualified from any sort of awards consideration.

Snub #6: Nicole Kidman passed over for Destroyer and Boy Erased.

Setoodeh: “In a less competitive year for actress, Kidman who have added her fifth (and maybe sixth) career nominations for Destroyer or Boy Erased. In the former film, playing a Los Angeles detective, she disappeared onscreen with a limp and facial prosthetics. And out of Toronto, there was a lot of buzz for her supporting role as the Baptist mother who took her son to gay conversion therapy.”

HE: Out of Toronto there was NO BUZZ AT ALL for Kidman’s Boy Erased performance…none, zero, zipposky. The reaction I heard was that Kidman wasn’t bad but that guys like Setoodeh need to calm down. As for Destroyer, Kidman’s nomination was a no-go from the start because you can only occasionally understand what she’s saying, what with her raspy, scratchy Clint Eastwood-like delivery. The makeup people who turned her Erin Bell character into a George Romero zombie should have been nominated, but they were also shafted.

By the way: Setoodeh says that Willem Dafoe “managed to sneak into the Best Actor race” for his Vincent Van Gogh performance in At Eternity’s Gate. That’s Setoodeh-speak for “I didn’t much care for the film or Dafoe’s performance.” Dafoe was in fact masterful in Julian Schnabel‘s film. Setoodeh believes that BlackKklansman‘s John David Washington was more deserving of a nomination. He really thinks that.