This May Not Be Why Sundance Deep-Sixed Hollywood Elsewhere

At this morning’s Sundance Film Festival press conference, exec director Keri Putnam said that organizers had noticed “a disturbing blind spot” in the press credential process. “Diversity isn’t about who is making the films,” Putnam said. “It’s about how they enter the world.” She said that the festival noticed that they were admitting “mostly white male critics.” That influenced the kind of films that were championed by reviewers, which in turn meant that only certain types of films scored big deals and major distribution pushes.

“This lack of inclusion has real-world implications,” Putnam remarked. “So we decided to do something about it.” She said that organizers re-shaped the credential process as a result. “63% of the press is from underrepresented groups this year,” Putnam said. 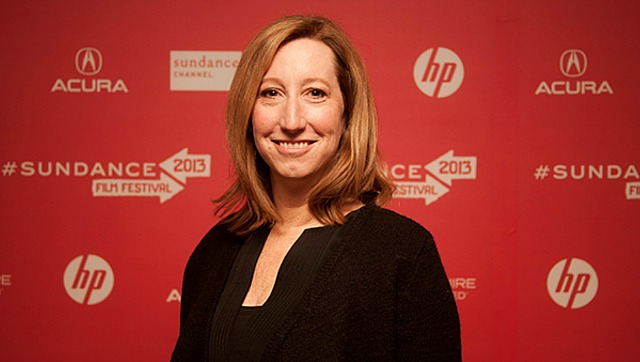 So this is why Sundance ’09 declined to approve the festival press pass that I’ve been wearing for the last 25 years? Because I’m a white guy with certain standards? Because I tend to wave off those Sundance films (i.e., well over half of them) that are either so-so or don’t cut the mustard? Hollywood Elsewhere celebrates gold-standard or silver-standard movies…period. Bronze and zinc, not so much.

One question to Keri Putnam: Show me one other veteran Sundance journalist like myself, someone who’s been covering this festival like a locomotive for a quarter-century and who has championed the hell out of dozens of great and near-great films that began their lives in Park City…please show me one other veteran journalist of my history, standing or calibre who had their press pass declined this year. Just one.

Comment from “MD” at the bottom of Variety story about the Sundance press conference: “The Caucasion critics who were denied credentials based on their gender/ethnicity should be filing appropriate anti-discrimination lawsuits immediately.” Sold! Except who else was affected by Putnam’s anti-white-guy edict? I don’t think I can afford a lawsuit on my lonesome.

It’s my understanding, actually, that I may have been singled out for deep-sixing because last June or July critic Scott Weinberg may have sent Sundance a letter of complaint about me and my column. This, at least, is what an industry pal confided a few days ago. The alleged complaint presumably boiled down to the fact that a certain party or parties didn’t like my personality or my style of writing.

The industry pal confided that Weinberg resolved to get me after a Twitter dispute that erupted after a screening of The Incredibles 2. I know that Weinberg proclaimed himself an enemy of all things HE after the Oxfordgate caper of 2009.

It’s my understanding that a letter of complaint was sent last summer to the Toronto Film Festival. I was subsequently grilled last August by a couple of Toronto press reps (who indicated the receipt of such a letter or email) about Hollywood Elsewhere and my various writings. After discussing things and reviewing HE’s content, Toronto (which like Sundance was also looking to approve many more “under-represented” critics) decided to drop the matter. Sundance never got in touch to discuss alleged grievances.

Three days ago I wrote Weinberg and asked point blank if he’d sent a letter of complaint to Sundance and/or Toronto. The fact that he didn’t respond doesn’t necessarily mean anything, but it might. Is there enough discoverable evidence out there to justify a libel lawsuit? Maybe, maybe not. But it’s worth looking into.

January 24, 2019by Jeffrey Wells81 Comments
« Previous post
Possibly The Worst Film of All Time
Next post »
This or That Predator…But Not Both