As Wednesday’s attempted torpedo takedown of Green Book made clear, all Oscar contenders need to delete anything and everything from their Twitter accounts in order to fully protect themselves. Because their enemies will search through their twitter histories for anything negative they can find find. Who knows which other films or contenders will be next?

Only one thing seems more or less assured, and that’s the fact that Alfonso Cuaron‘s Roma is totally bulletproof in this regard. Apart from the fact of its own cinematic excellence, Roma is adored by the wokesters. Twitter banshees have never taken shots at it, and they never will. Because they don’t want to. Because Roma has no indictable qualities.

Roma has all the heat, all the momentum right now. It didn’t suffer an embarassing Golden Globes loss a la A Star Is Born, but in fact triumphed. It will probably rule during Sunday’s Critics Choice awards. It will win at the BAFTAs. The Alliance of Women Journalists has saluted it. Roma is all alpha, all “forward ho!”…all win, win, win, win, win, win.

Somebody please explain how Roma can lose the Best Picture Oscar. Or how Cuaron can lose the Best Director trophy. I just don’t see how either scenario is possible at this stage. One plea to Academy voters: Give the Best Foreign Language Film Oscar to Pawel Pawlikowski‘s abundantly deserving Cold War, not Roma. Spread it around. 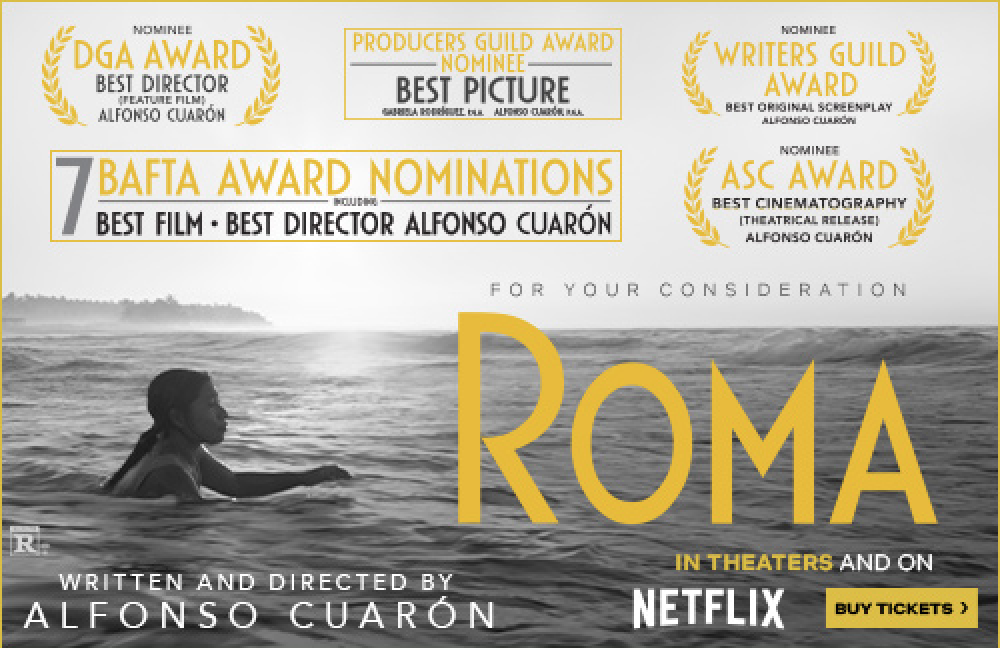