Scott Feinberg‘s 2.15 Hollywood Reporter essay about what went wrong with the awards campaign for A Star Is Born is deftly, in some ways cautiously phrased. He doesn’t even mention the overbearing, way-too-early celebrity endorsements (Sean Penn, Robert DeNiro, et. al.), and he’s somewhat oblique in the matter of Variety‘s Kris Tapley (“Others, just as problematically, reacted to ASIB‘s first screenings with predictions of historic Oscar success — which, shortly thereafter, made its loss of Toronto’s audience award to Green Book feel like a major disappointment”). But Jonathan Allardyce‘s illustration is perfect. I’d pay good money to see Tapley or Penn added. 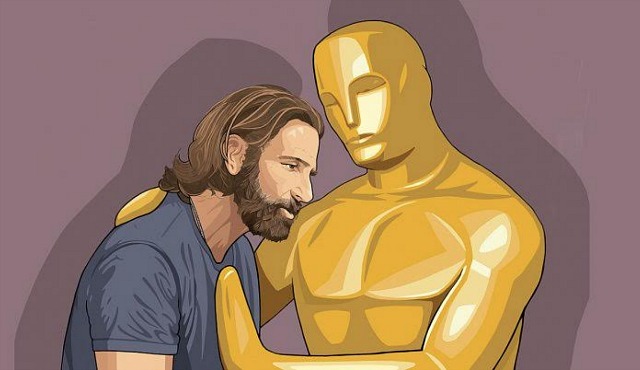 After yesterday’s strongly worded letter of protest from industry hotshots, the Academy has backed off from its controversial decision to temporarily ghetto-ize below-the-liners by handing out Oscars for Best Cinematography, Editing, Short Subject and Makeup/Hair Design during commercial breaks. Now all 24 Oscars will be presented live and within real time, and no more bullshit about it. No exaggeration or hyperbole — the ABC Disney execs who urged the Academy to ghetto-ize these four categories in the first place are evil.

Will an actress who was blown off two months ago by SAG wind up winning the Best Supporting Actress Oscar? Maybe, but a Regina King win would be almost unheard of from a statistic perspective. If I had absolute power I’d choose Vice‘s Amy Adams or Roma‘s Marina de Tavira. 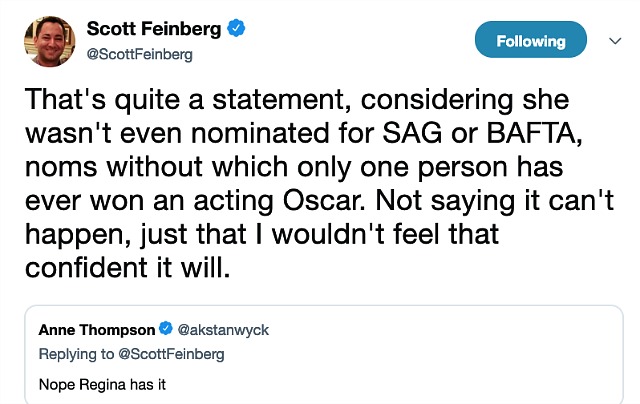 Joe Eddy‘s Chasing Bullitt played at last year’s Dances With Films but at no significant festivals since. (Am I wrong?) Do the math. However, the casting of Andre Brooks as Steve McQueen is physically spot-on; ditto Augie Duke as Neile McQueen. I can sense trouble, but I want to see it anyway. My longstanding McQueen thing, etc. 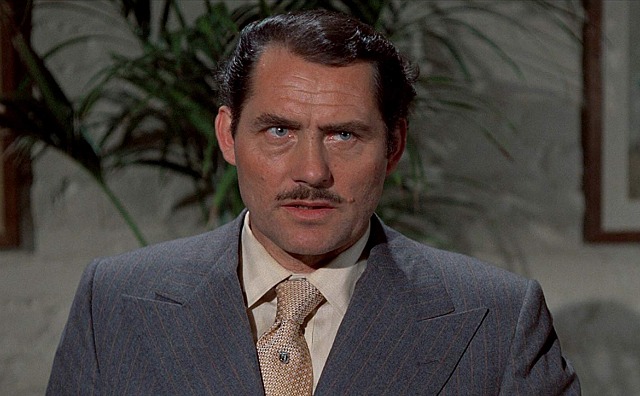 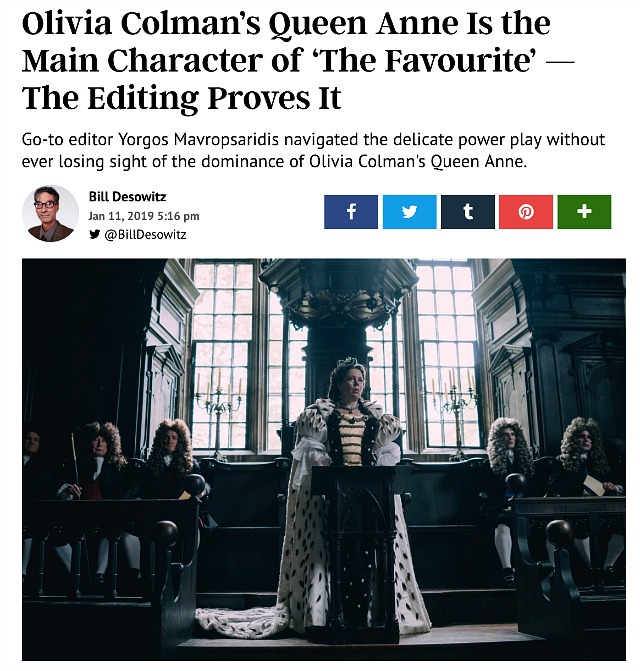 Almost three years ago I posted some N.Y. Times movie ads from 3.16.72 — the day The Godfather opened. I thought I’d repost as three days ago I mentioned the 3.27.73 Oscar telecast (“King of the Ugly Tuxedos“) that celebrated Francis Coppola’s gangster saga. There’s no need to jump into the whole cultural comparison thing, but the comments were pretty great.

Guy: “I feel like getting out. Wanna catch a movie or something?” Girl: “I don’t know. Is anything playing?” Guy: “I dunno, lemme check.” 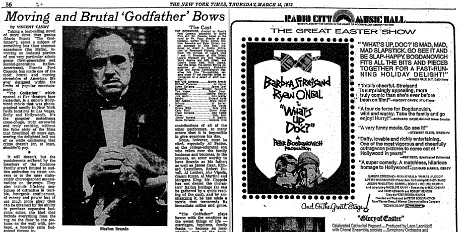 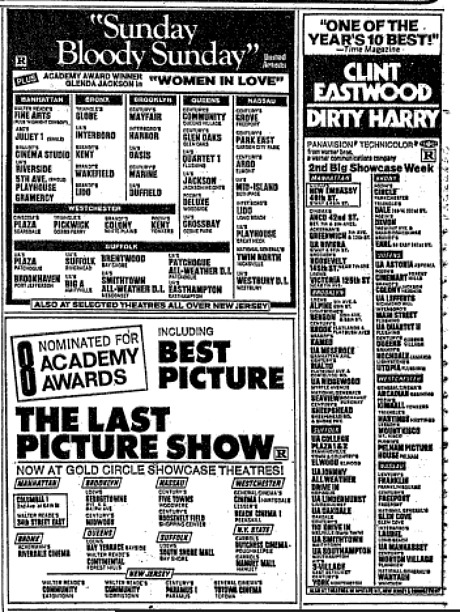 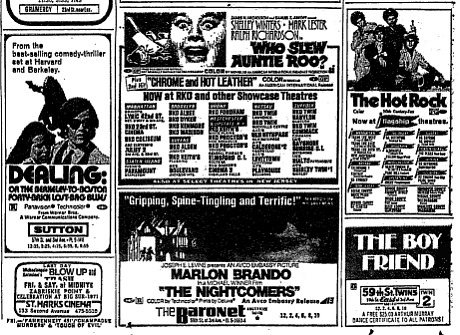 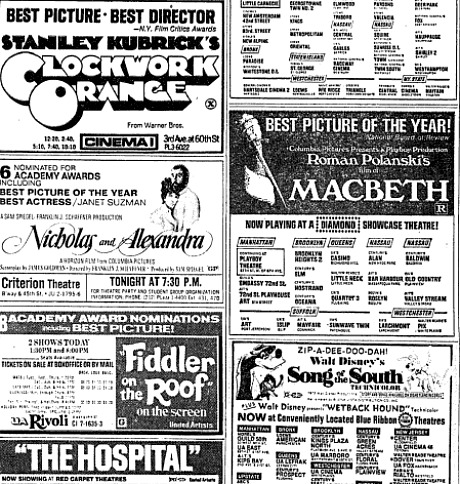 Episode #232 of Eric Kohn and Anne Thompson‘s Screen Talk podcast series asks “Why Has This Year’s Oscar Show Ticked So Many People Off?” By all means listen away but I can save you the time. So far the three big Academy errors have been (a) the short-lived Best Achievement in Popular Film Oscar idea, (b) the Kevin Hart fiasco, and (c) the decision to hand out five Oscars during commercial breaks in order to keep the Oscar telecast down to three hours.

One, the Best Popular Movie Oscar was and is a good idea — it just needed to be based on ticket sales. A solution posted on 9.10.18 by Bloomberg’s Virginia Postrel made sense. Her idea was to not cast indirect shade upon mass-appeal films but simply create two Best Picture categories based on admissions — (1) a Spirit Awards-type Best Picture Oscar for films that have sold less than 10 million tickets and (2) a mainstream Best Picture Oscar for films that have sold more than 10 million tickets. Simple, no shade, and fully reflective of how the the movie-watching world is defined these days.

Two, as everything and everyone has to be fully vetted before it goes public, the whole Kevin Hart thing could have been avoided if the Academy producers had simply told the comedian to severely edit or better yet wipe clean his Twitter history before they announced his selection as Oscar host.

Three, the Oscar telecast will never be watched or supported by ADD sufferers who care less about movies than they do about their social media feed. The Disney ABC execs who pressured Academy honchos to shorten the telecast regardless of the implications or consequences are the enemy. They don’t understand that the most important element in Oscar telecasts over the decades has been the unruliness — the surprises, gaffes, emotional acceptance speeches, questionable choices. The show has always been a bit messy and long-winded, despite the 1973 Oscar telecast having run two hours and 38 minutes with no below-the-line Oscar winners getting the bum’s rush.

Which, I realize, is par for the course for February. Oh, for the days when the (very) occasional February release was in the realm of The Silence of the Lambs.

Please convey your immediate reactions to this photo of Isn’t It Romantic costars Rebel Wilson and Liam Hemsworth. Imagine living in a world in which one is expected to at least feign interest…I don’t need to complete this sentence. 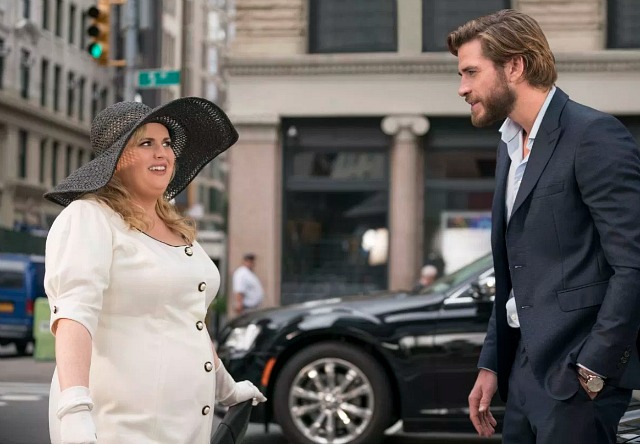 “However one chooses to describe [Wilson] physically, never in the history of the genre has the heroine of a romcom required the NFL’s concussion protocol as early and as often as she does in Isn’t It Romantic. To what degree this unusual injection of corporeal menace is a result of Wilson being one of the few larger-sized actresses to star in a Hollywood film of this type (or any type, for that matter) or a way to exploit the breakout star of the Perfect Pitch series’ penchant for physical comedy is in the eye of the beholder. On which side you fall on that question will likely end up determining whether you enjoy the film.” — 2.14 review by Observer‘s Oliver Jones.

I know you’re not supposed to say stuff like this, but when I was a young buck I never ran into plus-sized women as a rule. I’m truly sorry but that was the world back then.

Nowadays heft and heavy are almost de riguer, and if you so much as mention this you’re an likely to be bloodied on Twitter. Nowadays movie stars like Hemsworth are obliged to occasionally pretend…I don’t need to complete this one either.

Back in the old days rock musicians were almost all slender — you could count the exceptions (Catfish’s Bob Hodge, Canned Heat’s Bob “The Bear” Hite, “Frosty” Smith who played with Lee Michaels) on one hand. The other night at Highland Park’s The Lodge I listened to a technically proficient band in which the singer-lead guitarist and bass player were the size of Sumo wrestlers.

29 Comments
Sorry To Be Doing This 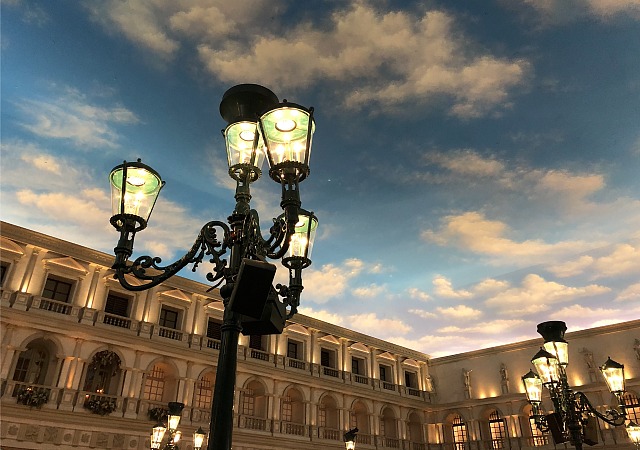 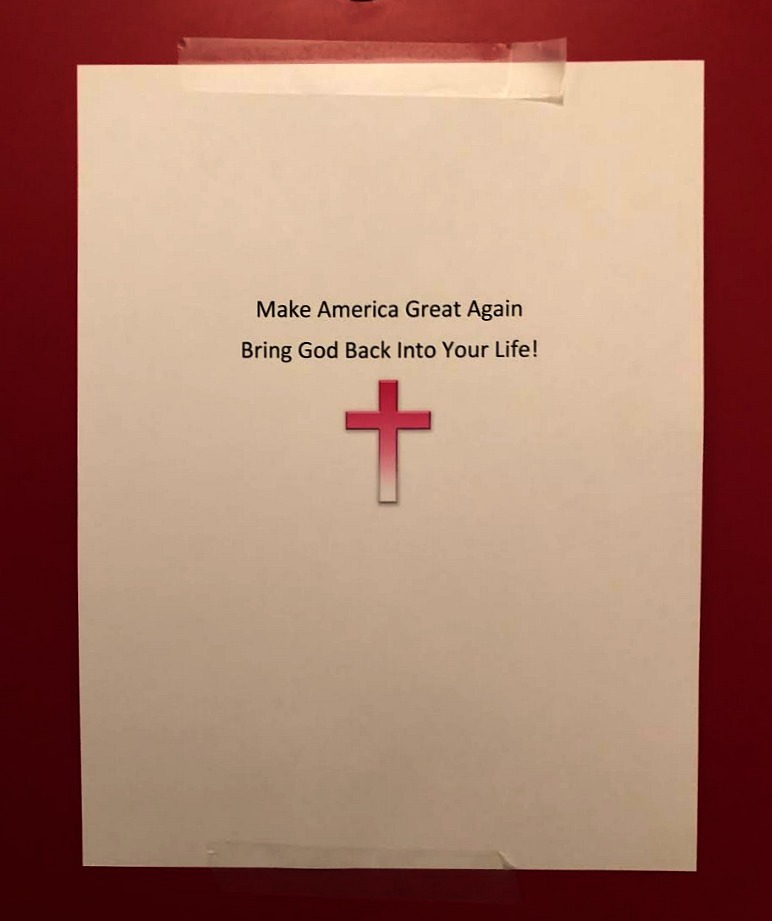 Deranged racist evangelicals are encamped directly across from our room on the 14th floor of Bally’s Hotel & Casino. 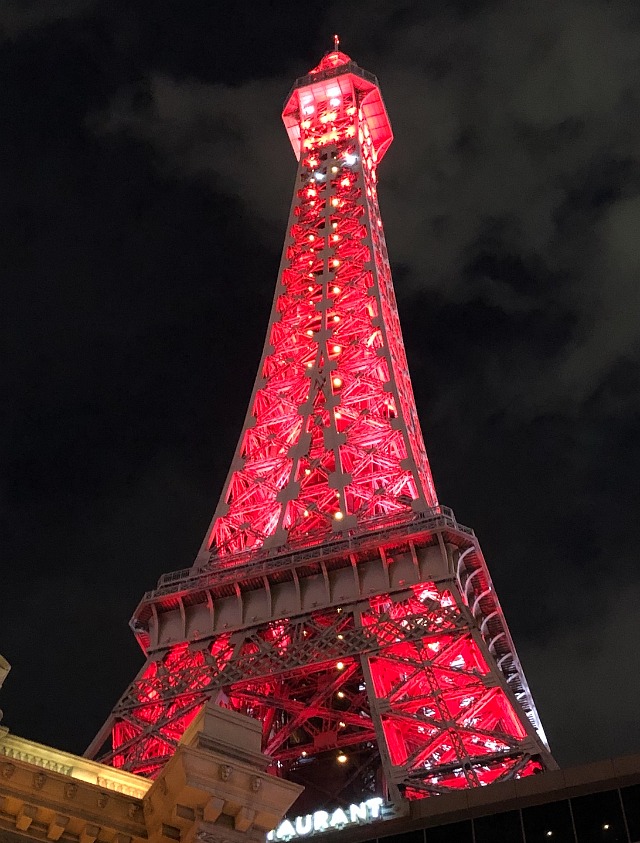 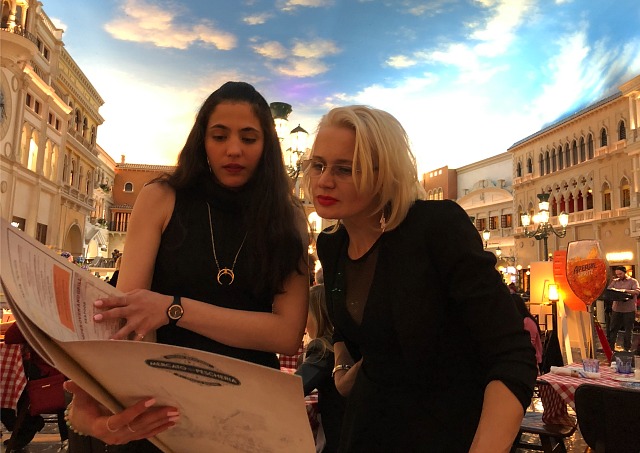