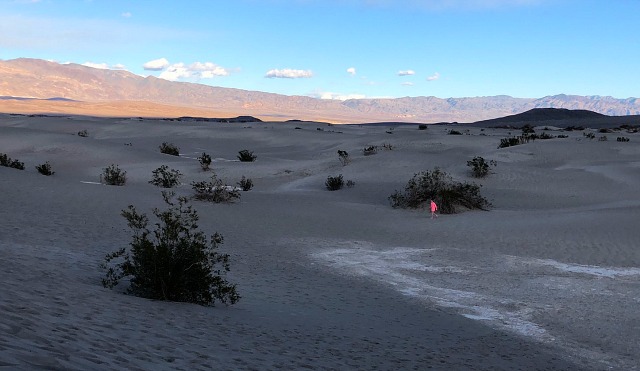 The basic visual aesthetic is the same one that Steven Spielberg used for the little red-coat girl in Schindler’s List, minus the horror. 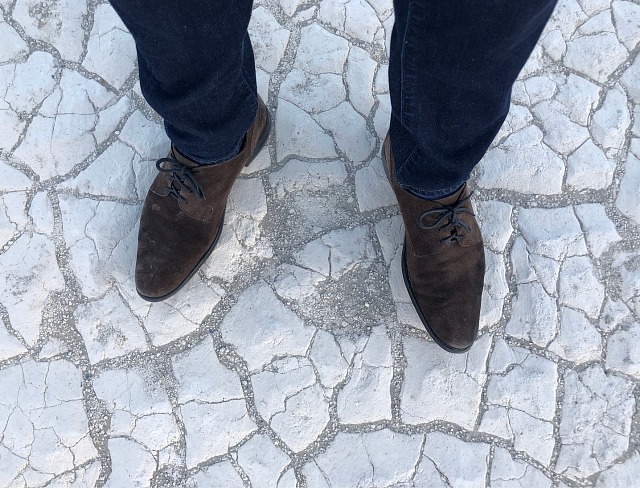 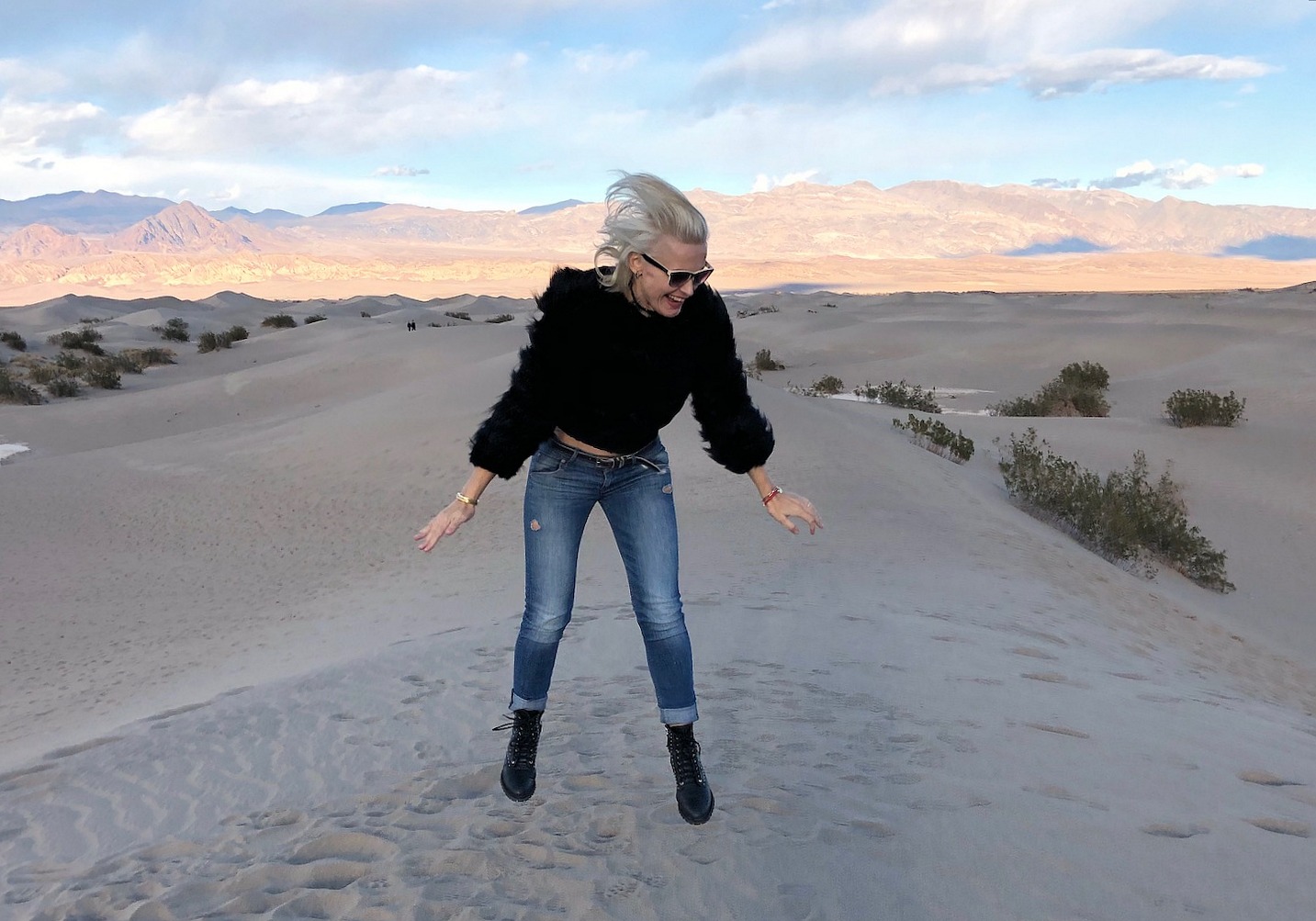 From Jussie Smollet’s Wikipage: “On 2.13.19, Chicago Police raided the home of two ‘persons of interest” in the Jussie Smollet hate-crime case. The men are brothers and of Nigerian descent and have acted as extras on Empire. Police recovered bleach and other items from the home and are inquiring if the men know Smollett. The brothers were held on suspicion of battery but not charged. According to the brothers’ attorney, they know Smollett from working on the show and have also spent time with him at a gym.

“The two men were arrested after arriving on a flight to O’Hare International Airport from Nigeria on 2.13.19. The two Nigerian men were released on 2.15 without being charged with a crime, with Chicago Police spokesman Anthony Guglielmi stating: “Due to new evidence as a result of today’s interrogations, the individuals questioned by police in the Empire case have now been released without charging and detectives have additional investigative work to complete.”

Chicago police later told ABC News: ‘Police are investigating whether the two individuals committed the attack — or whether the attack happened at all.”‘

“On 2.16.19, two Chicago police sources informed CNN that Chicago police had discovered evidence indicating that Smollett had paid the two Nigerian brothers to stage the attack. Financial records indicate that the brothers purchased the rope found around Smollett’s neck at an ACE Hardware. Chicago police have reached out to Smollett’s attorney regarding additional questioning. Chicago criminal defense attorney Michael Monico is representing Smollett.”

A neurotic journalist (Seth Rogen) reconnects with his former baby-sitter and lust object (Charlize Theron) who’s now the Secretary of State and preparing to run for President. She hires Rogen to punch up her campaign speeches, and they gradually slip into a hunka-chunka thing.

The problem, of course, is that Rogen isn’t hot enough for Theron (not in a million years) and any would-be President caught fucking a bearded smart-ass journalist whom she used to babysit for…forget it. Journalists would slice and dice her six ways from Sunday.

Sometime back in the ’90s or early aughts Las Vegas Review-Journal film and culture writer Carol Cling floated the idea of an old-fashioned Rat Pack casino on the Strip — a time-trip experience that would deliver the ’50s design, atmosphere and attitude of the Sands, which was located at 3355 Las Vegas Blvd (where the Venetian stands today). Old-fashioned coin slot machines, for example — the kind that would take nickels, quarters, 50-cent pieces and silver dollars, and when someone would win the bells and whistles would sound as the coins clattered onto those metal trays…great vibe!

Back in the days of Cinevegas I suggested a space-aliens casino — a kind of Star Wars meets Alien meets Forbidden Planet meets James Arness in The Thing meets Mars Attacks…flying saucers hovering above the main entrance, booze-sipping monsters at the cantina bar, concierge and hotel staff with green-sparkly faces and Ray Walston-styled insect antennae sticking out of their heads…a casino from another planet.

Poor Bruno Ganz has left the planet at age 77. Launched by Wim Wenders as the king of European ennui and weltschmerz in The American Friend, and then re-fortified ten years later as a mortality-envying angel in Wings of Desire. 14 years ago Ganz scored big-time as Adolf Hitler in Oliver Hirschbiegel‘s Downfall, and then acquired everlasting life on YouTube via those hundreds of Hitler parodies.

Those were the four big hits of Ganz’s life. He made tons and tons of crap, but what actor doesn’t? He costarred in Terrence Malick‘s Radegund, which may or may not be released this year — with Malick you never know. For me Ganz was always the kindly, soulful gloom guy. Born in ’41, mostly a stage actor for his first 15 or 20 years in the trade. Born and died in Zurich, which is a great city in more ways than I’d care to mention right now.

We met only once, during a Los Angeles Downfall press encounter. Instant kinship. Ganz seemed to recognize or at least sense my German ancestry on my mother’s side, or so I told myself. A twinkle in his eye, a hint of a smile.

I strongly identified with The American Friend when I first saw it at the 1977 New York Film Festival. “Jesus, that’s me up there,” I thought as I gazed from my 17th row seat at Alice Tully Hall. “That’s my life, my soul…everything churning inside.”

I was half Ganz and half Dennis Hopper, I decided. I loved the metaphor of Ganz’s Jonathan Zimmerman — vulnerable, thoughtful, gentle currents, European craftsmanship — but I identified more with Hopper’s Tom Ripley because (I’m not happy admitting this) of the polaroid-taking scene on top of the pool table, and because Ripley was a hustler and a survivor, and because of that cowboy hat.

Which is why I decided to become Ripley, in a sense, when Mark Frenden re-did that American Friend poster three years ago. But Bruno was right there with me, in a sense. He was my “friend” and spiritual comrade, a guy I understood and cared for as far as it went, etc. 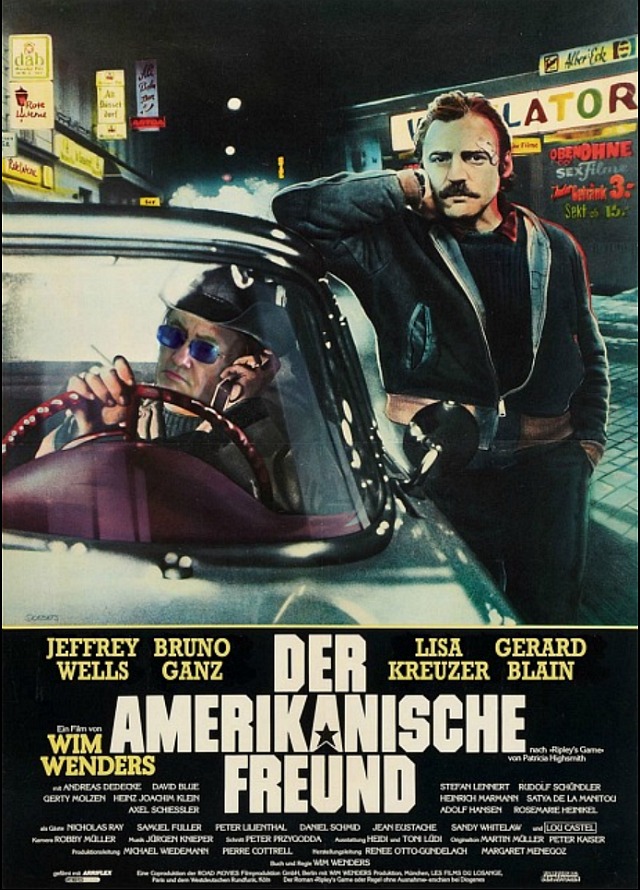 Saturday, 2.16, 8:30 am: Last night Tatyana and I attended Bill Maher‘s 10 pm show at the Mirage. The usual good snappy material — Trump, p.c. snowflakes, etc. He was heckled about halfway through, apparently by a rightwing Christian: “What about kindness?” Maher: “Kindness isn’t funny — I can tell you that.” Somebody yelled out “AOC!”…he either didn’t hear or couldn’t think of anything. 1200 seats, almost filled, $100 to $130 bills per head…total haul of $125K plus. Out of which Maher pockets what? $40 or $50K? I wonder how it all works. Maher is allegedly worth around $100M.

Weatherbug app said it was 48 degrees last night…bullshit. Weatherbug didn’t endure those icy, gale-force winds during our walk from Bally’s to the Mirage.

Good news about human condition: Tatyana dropped her favorite scarf as we were walking through the Mirage casino after Bill’s show. We looked and looked. A half-hour later we went to the security office next to the main cashier, and they had the scarf! “Some guy in a suit” turned it in.